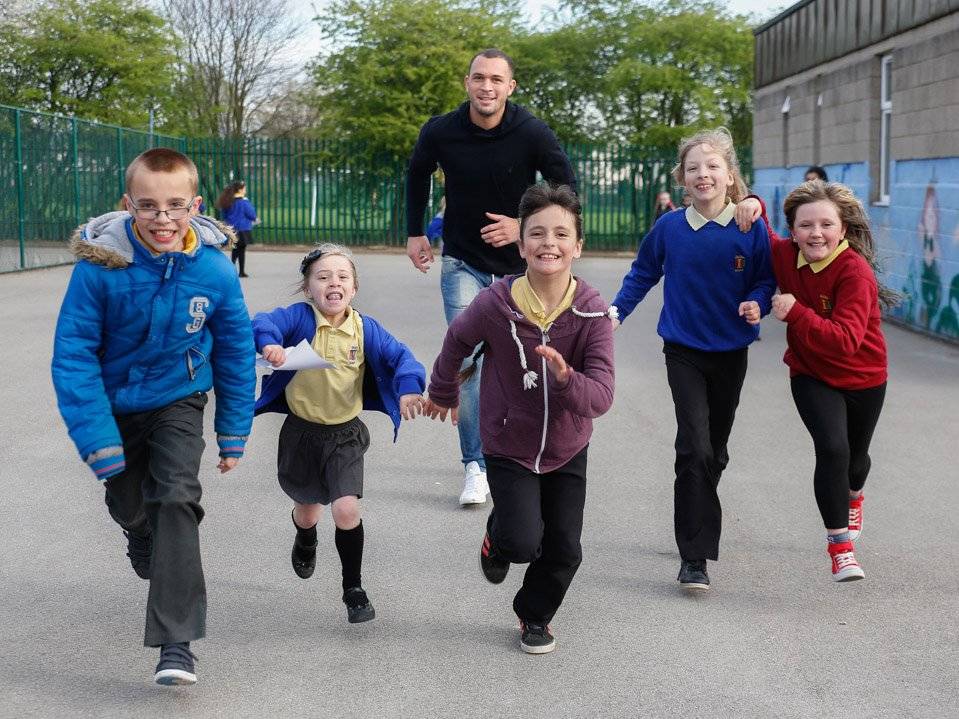 Posted at 14:08h in Trust Fund by townfoundation-admin

The football season may have finished, but the work off the field hasn’t stopped – including the Town Foundation.

Last week our charity launched its 15th ‘Early Kick-Off’ breakfast club at Berry Brow Infant School. This breakfast club invites specially selected pupils at the school and takes place in the old caretaker’s house, which has been fondly named ‘Vera’s Kitchen’. As is the case with all the other breakfast clubs, it’s a hugely worthwhile cause.

Since the first breakfast was served at Old Bank School in Mirfield around 18 months ago, the charity has now served an amazing 130,000 free breakfasts to local primary and secondary schools through the ‘Early Kick-Off’ project. Across the breakfast clubs, the charity is now serving up to 5,000 breakfasts a week!

Those impressive numbers have been made possible by the support the Town Foundation has garnered from our local business community and individuals alike and I would like to take this opportunity to thank everyone who has ‘dug deep’ and donated. The money we’ve currently raised has allowed us to setup another breakfast club, which was launched today.

If you would like to donate to this cause, please visit the donation page on this website.

One of the latest businesses to support the charity is Brighouse-based Abzorb, who have donated time and money to the Town Foundation (click HERE to find out more about this partnership). They’ve been joined by LV, which has donated £1,200 specifically to the breakfast club project. That support is vital to the sustainability of the charity in the long term.

Alongside the aforementioned breakfast club launch, we have a big announcement to make about another challenge we’re undertaking to raise funds for the charity soon – keep an eye on htafc.com for full information.