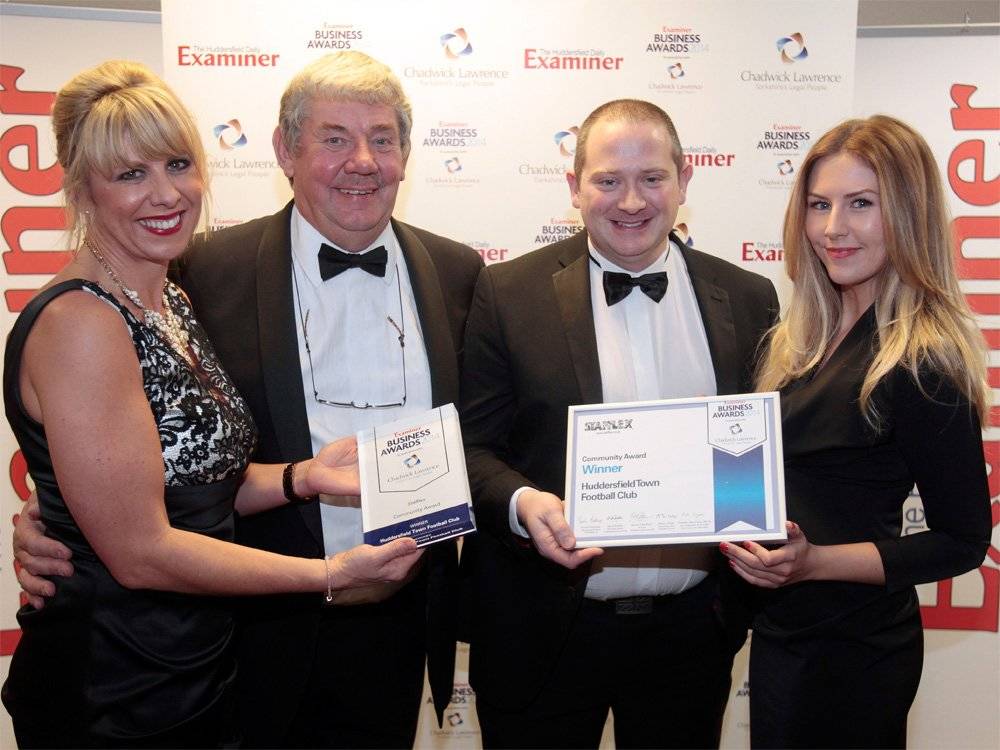 Posted at 10:55h in Trust Fund by townfoundation-admin

Huddersfield Townâ€™s positive impact on the local community was recognised at the 2014 Examiner Business Awards, held at the John Smithâ€™s Stadium on Thursday evening.Â Â

The Club won the â€˜Community Awardâ€™, sponsored by club partner Stafflex, for its work through the Town Foundation charity; towards the â€˜Keep It Upâ€™ campaign and thanks to its position in the business community.Â

Specific initiatives that were cited included the Huddersfield Town Enterprise Academy, a networking group run by the Club in conjunction with club partner Kirklees College that acts as a focal point for local businesses.Â

The Clubâ€™s close relationship with the Yorkshire Air Ambulance was also a big factor in the award win; together the two organisations have formed the â€˜Keep It Upâ€™ campaign, with every penny raised split 50-50 between the charity and the Clubâ€™s Academy. To date, a whopping Â£1 million has been generated.Â

“The Club was delighted to pick up the Stafflex Community Award at the Examiner Business Awards. The award is recognition to all those who have supported the work that the Club has done in the community, be it commercially, through the work of the Town Foundation or the tie ups with our charity partners.”Â

â€œThis award is testament to the hard work of the people behind the â€˜Keep It Upâ€™ campaign, the Town Foundation and the business community. Our Chairman wants the Club to be at the heart of the community, so this means a lot.â€