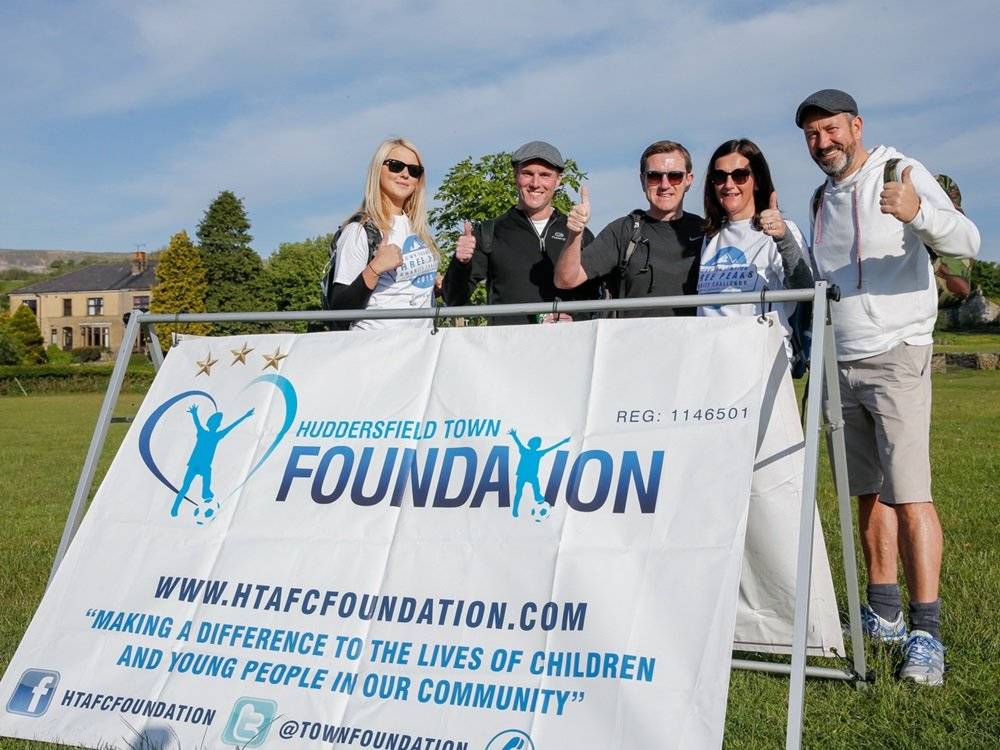 Posted at 16:18h in Trust Fund by townfoundation-admin

A combined 74 walkers â€“ along with one dog â€“ completed the Yorkshire Three Peaks Challenge over the weekend to raise money for the Town Foundation, the official charity of Huddersfield Town.Â

The first set of walkers, including Huddersfield Town Chairman Dean Hoyle, his wife Janet and Townâ€™s Commercial Director Sean Jarvis, tackled the 24.5 mile walk over Whernside, Ingleborough and Pen-y-Ghent on Friday alongside many Foundation friends from businesses, before individuals and supporters took on the peaks on Saturday. Â Â

Everyone who took part over the two days completed the challenge within the 12 hour target, with two corporate teams setting the pace inside an impressive nine hours in searing temperatures reaching 30 degrees on Friday!Â

â€œOn behalf of the charity, I would like to congratulate everyone who took part and completed the Three Peaks Challenge to raise funds for the Town Foundation over the course of the two days.Â

â€œThanks must go to Chris Bane and Strikes Collection Services for sponsorship of the two day event, as well as to Total Foodservice for providing complimentary flapjacks and water to the participants.Â Â

â€œI would like to offer special thanks to Phil Lee and his team from Kuta Outdoors, who organised the event and covered over 50 miles during the two days. The special experience they gave the eight participants on the open challenge in particular was fantastic.â€Â Â

The funds that the walk has raised over the two days are still being calculated, but you can still donate HERE.Â

All funds from the walk will go towards the Town Foundationâ€™s aim of improving the lives of children and young people across the region through innovative projects such as the â€˜Early Kick-Offâ€™ Breakfast Clubs. The latest club was launched this week; click HERE for a review!Â