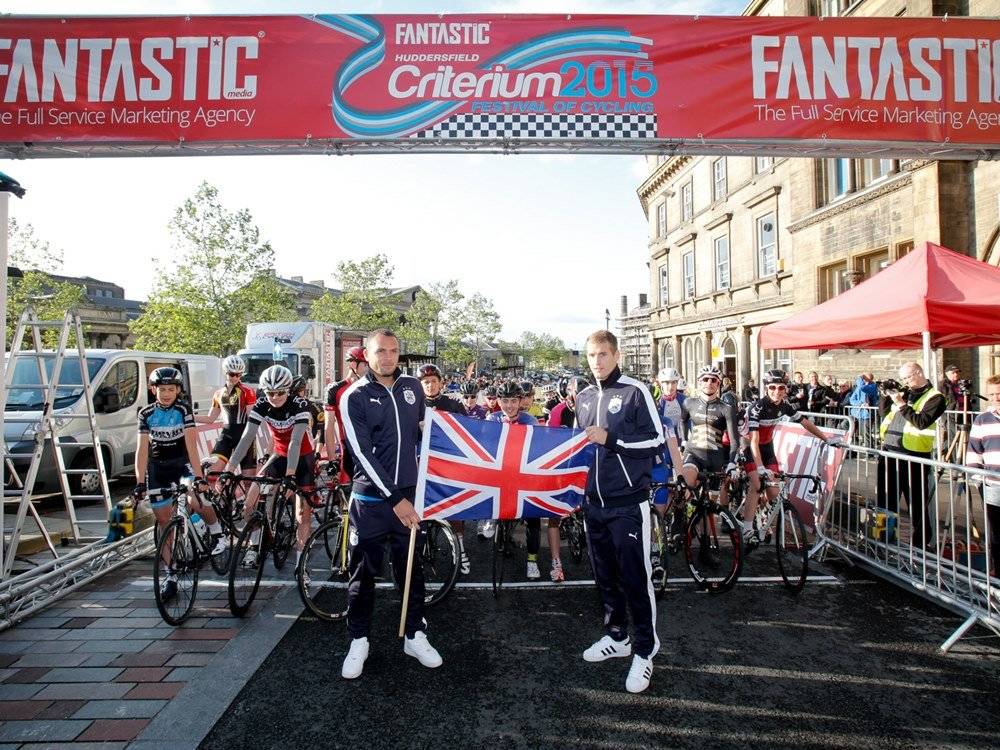 Posted at 16:14h in Trust Fund by townfoundation-admin

The Town Foundation was one of many winners at the 2015 Huddersfield Criterium, which took place in the town centre on Wednesday evening.

The official charity of Huddersfield Town was a big part of the event, which was centred on St. George’s Square and saw some of Britain’s best cyclists in fast and furious action.

The event comprised of four races including an Elite, Youth, Women’s and the Enterprise Inns Circuit Championship as well as a line-up of great entertainment throughout the evening.

The Town Foundation had a stall at the event to raise awareness and money, ably helped by several volunteers – including Town’s First Team duo Alex Smithies and Joel Lynch!

The youth race was sponsored by the charity and, once the players had set the riders away, was eventually won by Harry Hardcastle from the Speedflex Race Team; he is pictured above with Mandy Taylor of the Town Foundation.

Proceeds from the sales of Criterium event brochures went towards the Town Foundation, with event raising a total of £330.55 for the charity.

“The Town Foundation team would like to express their heartfelt thanks to everyone who kindly showed their brilliant support, interest and commitment to the charity last night at the fantastic 2015 Huddersfield Criterium.

“Although the weather was challenging during the day, thankfully the sun did make an appearance and that encouraged many cycling enthusiasts, breakfast club children and visitors to show their support for the event and enjoy what was a truly thrilling experience.

“The organisers and sponsors of the event worked incredibly hard to ensure that the Huddersfield Criterium 2015 was a very professionally organised event which brought together the community in the heart of the town centre.”