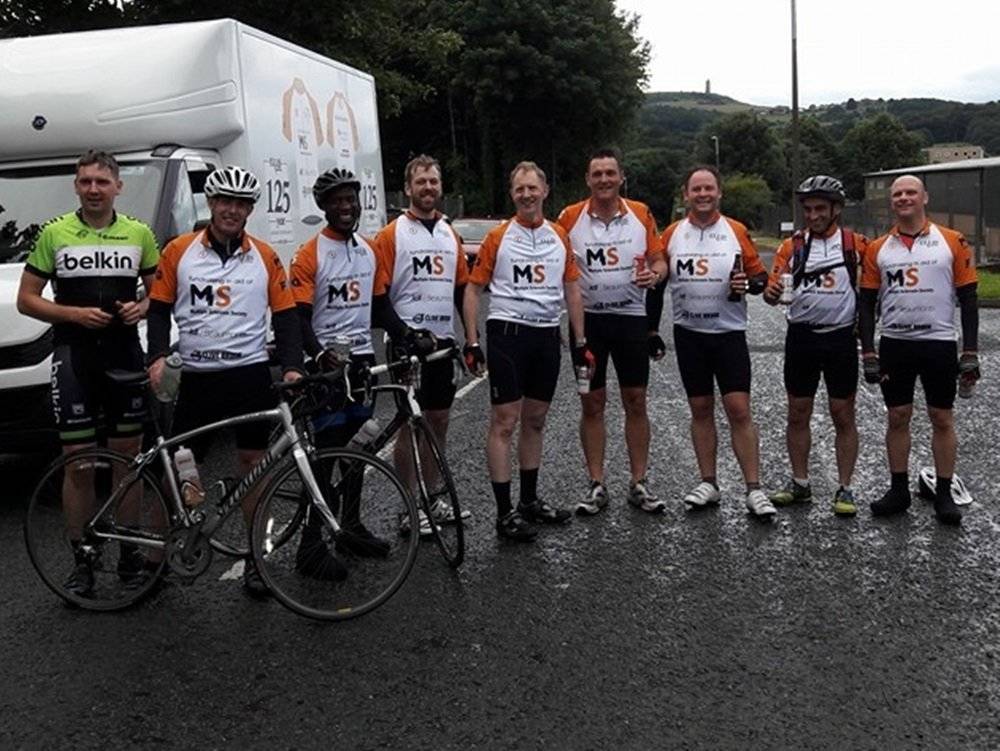 Posted at 16:20h in Trust Fund by townfoundation-admin

Ellis Furniture has raised Â£1,760 for the Huddersfield Town Foundation as the business celebrates its 125 year anniversary with a charity bike ride.

Spearheaded by Tom Ellis, a team of nine riders and a support vehicle cycled from Oundle to Huddersfield.

The route began at Oundle School, a school that three generations of the Ellis family attended and finished at their factory exactly 125 miles away.

The family run business raised around Â£20,000 in total for various different charities during the nine hour four minute ride, including the Huddersfield Town Foundation and their nominated charity the MS Society.

The Huddersfield Town Foundation raises money to fund projects and initiatives that will directly benefit young people in Huddersfield and the surroundings areas; one of these is the hugely successful â€˜Early Kick-Offâ€™ breakfast club

which provides 1,000 breakfasts every day to 19 schools.Â

â€œItâ€™s a pleasure to be supporting a local charity. I heard about the charity at an event with Sean Jarvis and this seemed like an opportune event to support the charity.Â

â€œWe trust that our donation to the charity will help and canâ€™t wait to see what new projects unfold.â€

â€œItâ€™s fantastic that the charity is getting recognised by local businesses like Ellis Furniture and they are supporting it in their events.

â€œWe would like to thank Ellis Furniture for the money they have donated and congratulate them on their 125th anniversary.â€