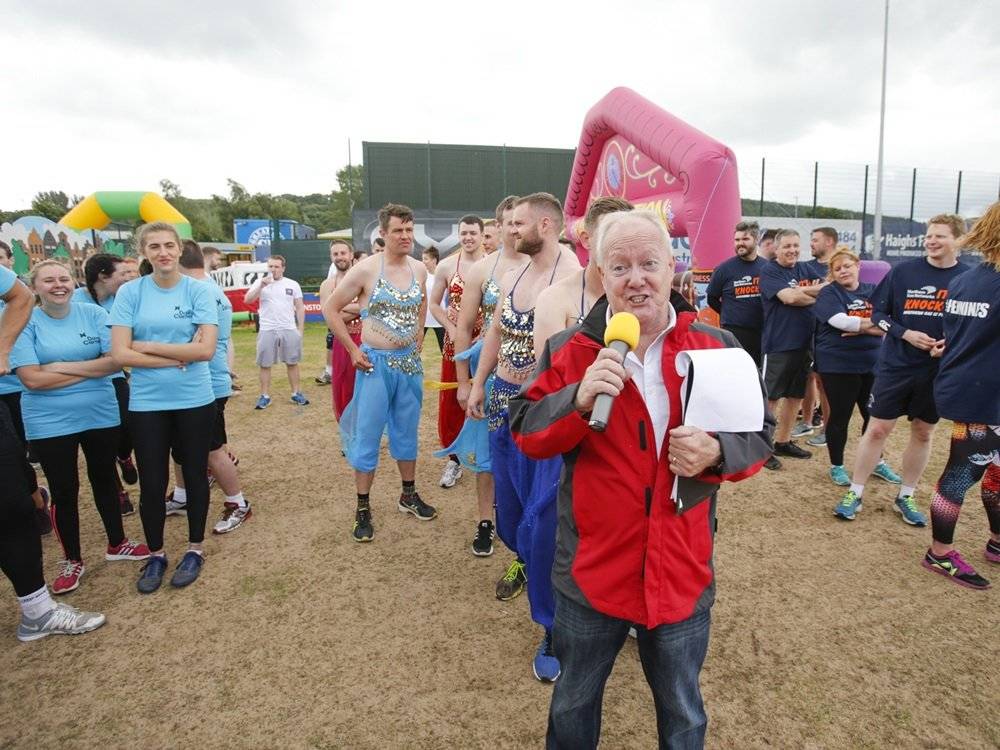 Posted at 16:08h in Trust Fund by townfoundation-admin

Local school children and teams from local businesses enjoyed competitive fun at PPG Canalside in the two-day ‘It’s a Knockout’ competition held by the Town Foundation!

Following the success of the inaugural event, the Foundation offered the first day of the inflatable assault course to 12 local schools, which saw around 240 children take part.

The ‘It’s a Knockout’ competition was adapted for the youngsters and involved more water based activities before bronze, silver and gold prizes were given out to the winning teams.

The following day was the turn of the six teams from different local businesses. The second day of competition was hosted by Keith Chegwin as the groups battled it out to win the top prize!

Last year’s winners Rosenbauer UK, this time dressed from head to toe as belly dancers, retained its title as ‘It’s a Knockout’ Champions after recording superb times throughout each part of the inflatable course.

During the event the Town Foundation’s Fundraising Manager Julie Sheffield was supported by Charity trustees Janet Hoyle and Stuart Bragan, whilst Dudley Martin, Martin Thornton, Tom Farrell and Ellena Roberts to name just a few people who helped with the running from the event.

The event, which was sponsored by Northern Gas Network, is expected to raise thousands of pounds for the Town Foundation; the Club’s official registered charity that aims to improve the lives of children and young people in the area.

“Firstly, I would like to thank everyone who took part in both days of the Town Foundation’s ‘It’s a Knockout’ competition.

“We wanted to make it bigger and better this year and being able to offer it out to schools made it even more special.

“I would like to reserve special praise for Northern Gas Network, who sponsored the event; without its support, this event would not have been possible.

“I’d also like to thank Keith Chegwin and the whole ‘It’s a Knockout’ team to making both days fun for everyone and for helping them run smoothly.

“The support we have received from the businesses made it possible for us to open it out to schools and raise money for the Foundation, which will ultimately help us make a big difference to the lives of young people in the local area.”