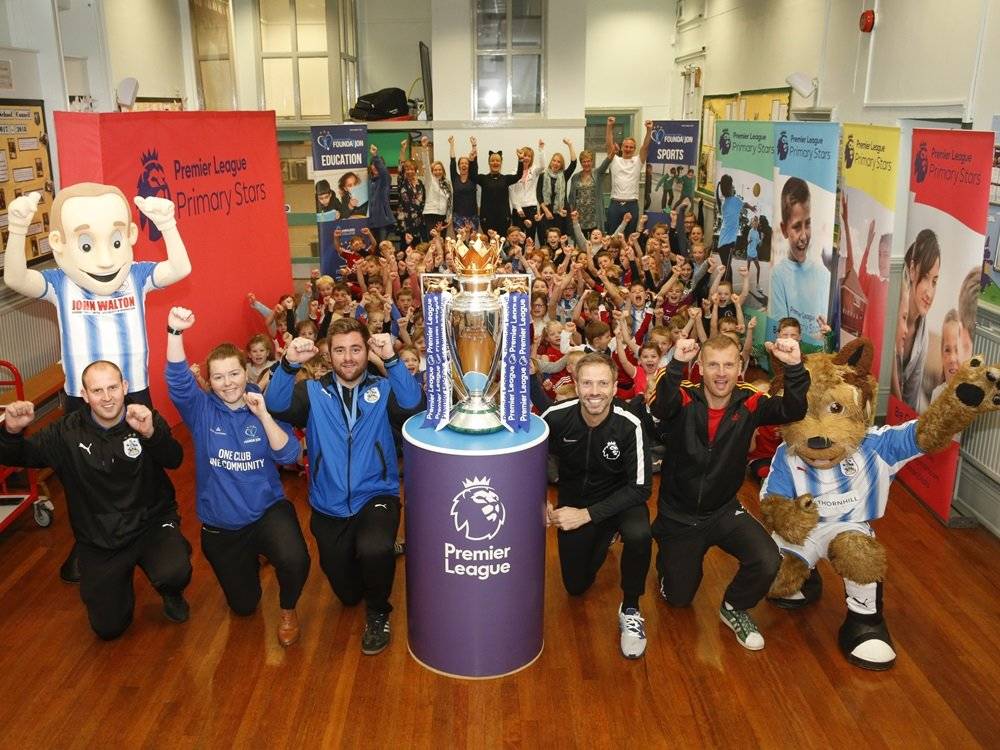 Posted at 11:01h in Trust Fund by townfoundation-admin

The trophy was in Huddersfield after a Premier League Primary Stars competition was won by a parent at Hepworth Junior & Infants School.

The youngsters, who were surprised to see the trophy at their school, were able to have their picture with it before heading into an assembly where they learnt about the Premier League Values; be ambitious, be inspiring, be connected, be fair!

Katie Suttron, Head of Education at the Town Foundation, then delivered a PSHE lesson on sportsmanship using examples of Huddersfield Town players before Foundation coaches delivered a football session to the children. Terry the Terrier and Captain Booth were also on hand to see the children.

The Premier League trophy was then brought back to Leeds Road where 11 schools, who work very closely with the Foundation, entered Under-11s sides for a mini six-a-side football tournament.

The team from Golcar Manor Road won the competition and once again all the youngsters had the chance to have their photo with the Premier League trophy.

â€œIt was great to be a part of Hepworth J&Iâ€™s special day, the children were fantastic throughout and it was lovely to see the excitement the trophy generated both with the children and the teachers!â€

â€œPremier League Primary Stars is a brilliant free resource that all schools and teachers can utilise. The underpinning values of the Premier League sit hand in hand with the Town Foundations and we look forward working with more schools to use Huddersfield Town to inspire and engage children in their learning.”