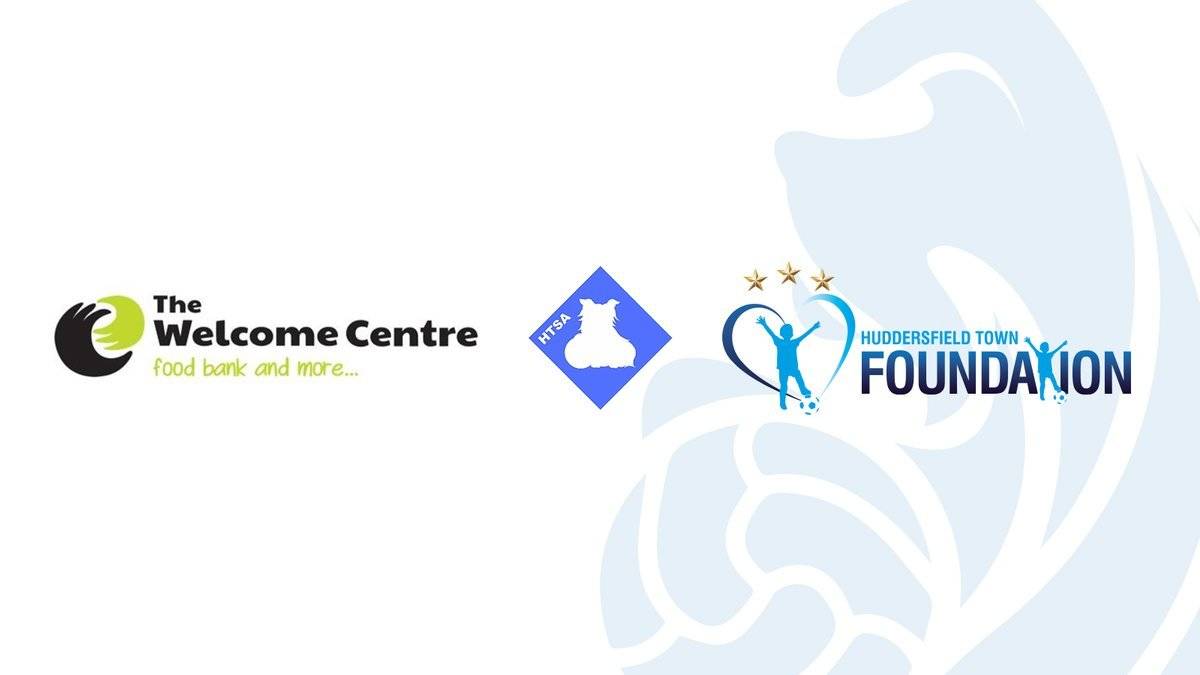 Posted at 10:35h in Trust Fund by townfoundation-admin

The Foundation â€“ the official, registered charity of Huddersfield Town â€“ is extending its support of the Welcome Centre in Huddersfield town centre following the success of the â€˜Big Sleep Outâ€™ and food vouchers on sale in the Clubâ€™s retail outlets, which raised well over Â£55,000 to help with local homeless causes.

Building on the HTSAâ€™s successful foodbank initiative, which it has run from its cabin at the top of Stadium Way this season, eight wheelie bins featuring Town Foundation and HTSA branding, manned by â€˜Fans for Foodbanksâ€™ personnel, will be placed around the John Smithâ€™s Stadium on Saturday to collect food donations for the Welcome Centre.

The foodbanks will be located as in the following places:

– Three at the south end of the Revell Ward Stand

– Three near the gym entrance near the Fantastic Media Stand turnstiles

– Two at the north end of the Revell Ward Stand

– HTSA cabin near the access barrier in the St. Andrewâ€™s Road car park

To be successful, the Foundation now needs your support! Fans are asked to bring items of food to the game to drop off in new foodbanks located around the John Smithâ€™s Stadium on Saturday. The Welcome Centre will welcome any donation, but currently has shortages in:

â€œAs a local charity supporting people in crisis in the community of Huddersfield, we’re incredibly grateful for the support of our local football club and its supporters. Thank you to all the Town fans who are able to give food to us this weekend; your donations will help us to feed thousands of people in our community who can’t afford to put food on the table.â€

James Chisem, Secretary of HTSA and Organiser of Fans for Foodbanks, added:

â€œThe Town Foundation is a pioneer when it comes to community outreach and its breakfast clubs have already set the benchmark for tackling food poverty in schools. Thatâ€™s why we jumped at the opportunity to work with the team to increase the number of foodbank collection points around the Stadium.

â€œAs weâ€™ve seen over the past six months, the Welcome Centre is a vital resource for those who are down on their luck. We have no doubt that Town fans will use Saturday as an opportunity to once again demonstrate their exceptional generosity.â€

“We are delighted to work alongside HTSA and Fans for Foodbanks at the Town Foundation game against Watford on Saturday. They have already done such a fantastic job and with the Foundationâ€™s added support, we hope to raise the profile of this worthy cause.â€