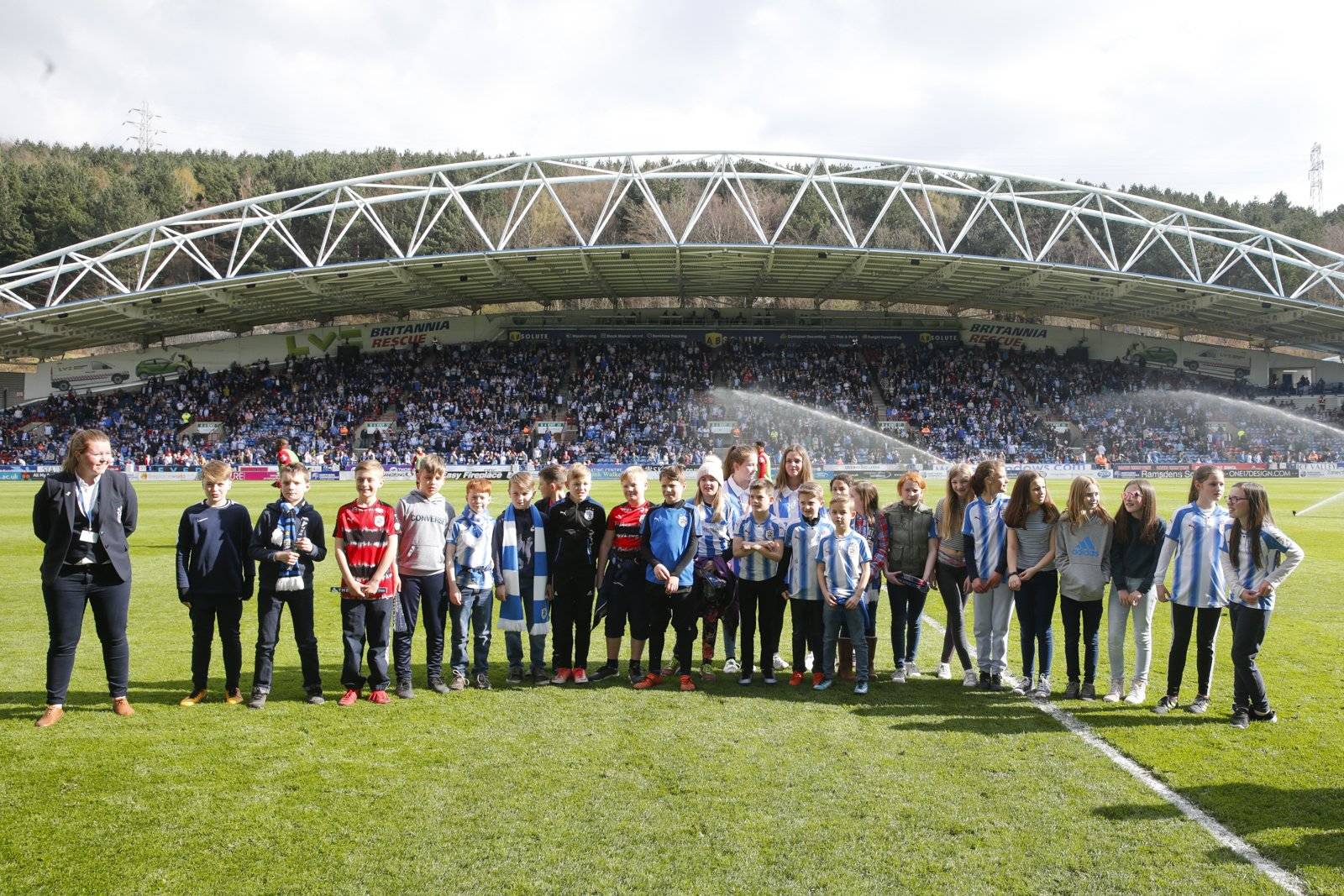 Posted at 15:39h in Trust Fund by townfoundation-admin

The Town Foundation â€“ the official charity of Huddersfield Town â€“ held its annual dedicated game when the Terriers hosted Watford in the Premier League on Saturday (14 April 2018).

A number of different activities went on both pre and post-match to give supporters a greater understanding of the fantastic work done by the Town Foundation.

Our brand new initiative â€˜Go For It Grantâ€™ was launched ahead of the game which allows organisations to benefit up to the value of Â£1,000, full details can be found on our website by CLICKING HERE.

We teamed up with HTSA (Huddersfield Town Supporters Association) and â€˜Fans for Foodbanksâ€™ calling all supporters to bring food donations to the John Smithâ€™s Stadium. Eight wheelie bins were placed around the ground, so donations could be collected for the Welcome Centre and we are delighted that five wheelie bins were filled full of food ahead of the First Teamâ€™s 1-0 win over Watford.

Prior to the match against the Hornets, a lap of honour occurred round the John Smithâ€™s Stadium, with over 100 people taking part from each of the sections; Education, Health, Inclusion, Sport and the Town Foundation Trust Fund.

Fans were given an insight into the work done by each section and the impact they have on the local community, as match day announcer Paul Ramsden interviewed a number of Town Foundation guests as they circled the pitch.

In the White Rose Club Head of Foundation Dean Grice and Chief Executive Julian Winter took part in a Q&A explaining how the Foundation has grown and whatâ€™s next.

At half-time, students from Hepworth J&I school came pitch side to perform their competition winning chant to supporters inside the sold-out John Smithâ€™s Stadium, Sponsors of the Town Foundation were interviewed, which gave supporters a taste of the fantastic work in our community.

After the game guests in the White Rose Club heard from representatives from the Basement Project, Huddersfield, who were raising awareness of their project and discussing how their organisation helps people recover from addictions.

Our youngest fundraiser Robbie Cartwright was also invited onto the stage to receive a special memento thanking him for all his fundraising efforts.

The programme included a number of articles which highlights the work that the Town Foundation is currently delivering.

â€œI believe the Town Foundation game was a massive success, as I think we really got the message across about the good work we do in the community.

â€œI hope supporters can now see the impact that we are making in Huddersfield and the wider community and know how they can get involved with us.

â€œI am delighted that the â€˜Fans for Foodbankâ€™ initiative was backed by a number of different supporters, we will carry on the initiative for next two home games with a view to continuing next season.â€