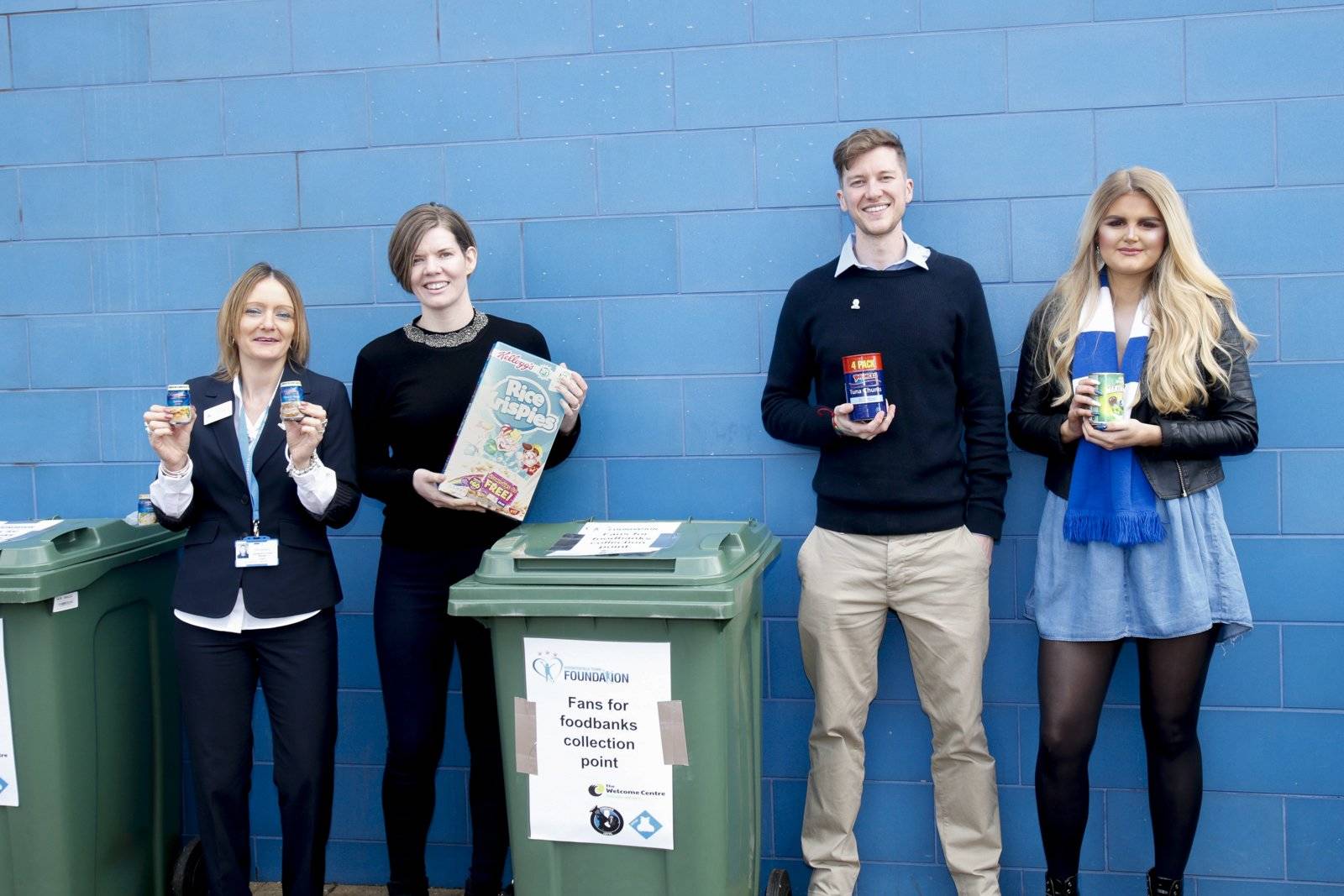 Posted at 20:38h in Trust Fund by townfoundation-admin

The â€˜Fans for Foodbanksâ€™ scheme was backed by a number of supporters as Huddersfield Townâ€™s Premier League game against Watford at the John Smithâ€™s Stadium, building on the HTSAâ€™s successful foodbank initiative, which it has run from its cabin at the top of Stadium Way this season.

Eight wheelie bins featuring Town Foundation and HTSA branding were placed around the Stadium for the match against the Hornets to collect food donations for the Welcome Centre – five of those were filled.

After the generosity of Town fans and the impact the â€˜Fans for Foodbankâ€™ initiative has had, it will also run for the next home match days against Everton and Arsenal.

The foodbanks will be located as in the following places:

– Three at the south end of the Revell Ward Stand

– Three near the gym entrance near the Fantastic Media Stand turnstiles

– HTSA cabin near the access barrier in the St. Andrewâ€™s Road car park

– One at the PPG Canalside Fanzone

To be successful, the Foundation now needs your support! Fans are asked to bring items of food to the game to drop off in the foodbanks located around the John Smithâ€™s Stadium. We will welcome any donations that have a long shelf life, unfortunately we cannot accept fresh foods

The Foundation â€“ the official, registered charity of Huddersfield Town â€“ has extended its support of the Fans for Foodbanks following the success of the â€˜Big Sleep Outâ€™ and food vouchers on sale in the Clubâ€™s retail outlets, which raised well over Â£55,000 to help with local homeless causes.

â€œI am delighted that the â€˜Fans for Foodbankâ€™ initiative was backed by a number of different supporters.

â€œThe generosity of our supporters just continues to surprise me, everyone wants to help make a difference in the local community and this is what makes Huddersfield Town so special.

â€œThe work the HTSA has done with the â€˜Fans for Foodbanksâ€™ initiative is fantastic, and Iâ€™m delighted that together weâ€™ve been able to make it an even bigger success.

â€œWe will carry on the initiative for next two home games, so please continue to back us and look out for the special Town Foundation/HTSA wheelie bins around the John Smithâ€™s Stadium.

â€œIf it carryâ€™s onto be a success then we will certainly look at continuing the initiative next season.â€