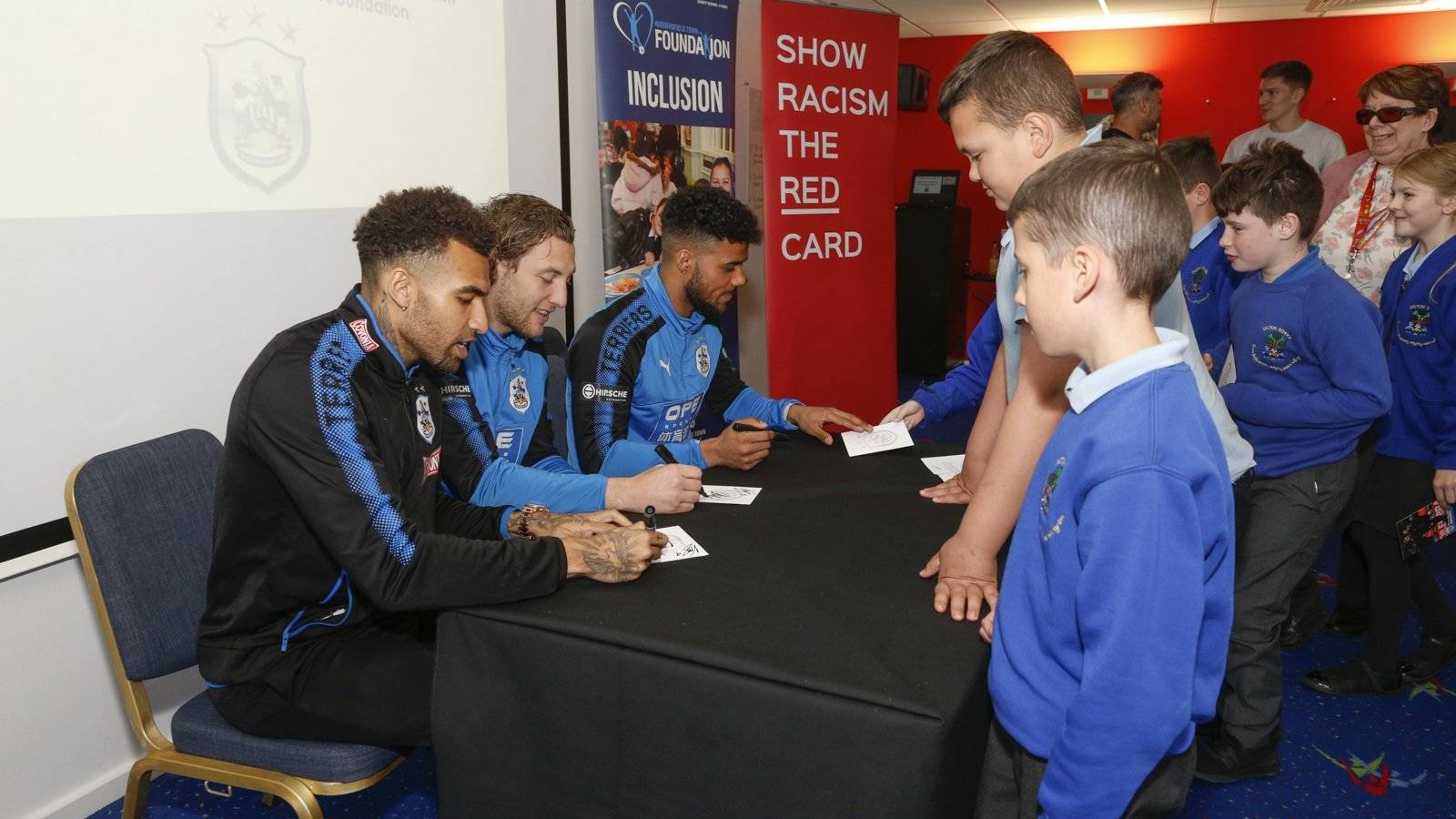 03 May One Club, One Community Against Hate Crime

Posted at 17:23h in Trust Fund by townfoundation-admin

90 pupils were thoroughly engaged at the Huddersfield Town Foundation’s educational ‘Show Racism the Red Card’ and ‘One Club, One Community against Hate Crime’ event held at the John Smith’s Stadium on Thursday 3 May 2018.

The day kicked off with sessions provided by Show Racism the Red Card (SRtRC) with campaign worker Ben Holman and his colleague leading the interactive lesson.

The activities were designed to help the pupils explore and understand what racism is, how it can happen and the ways in which to challenge racism.

Following the end of SRtRC’s lesson, the pupils were surprised by three members of David Wagner’s First Team squad!

Elias Kachunga, Danny Williams and Michael Hefele all took to the stage, alongside Huddersfield Town Foundation’s Head of Inclusion, Abbi Andiyapan for a Q&A on their experiences of racism. Some of the questions included:

When do you think racism will ever end? Do you delete all the people who are racist to you on social media? What can we do to prevent racism from happening?

The pupils with the best questions of the day, won a signed Huddersfield Town football provided by the Club, alongside all pupils receiving a signed item from Town’s First Team players.

In the afternoon the pupils took part in the Huddersfield Town Foundation’s One Club, One Community against Hate Crime lesson which focused on identity and culture, the lesson was delivered by Abbi Andiyapan, Head of Inclusion and Katie Suttron, Head of Education

To round off the day, the children were given a tour of the John Smith’s Stadium and each received a goody-bag.

This was the launch of Huddersfield Town Foundation’s One Club, One Community against Hate Crime lessons. This was the first lesson of six, the scheme of work will be available to all Kirklees primary schools.

To find out more information or to get your school involved contact Huddersfield Town Foundation on 01484 503773 or via email on abbi@htafcfoundation.com.