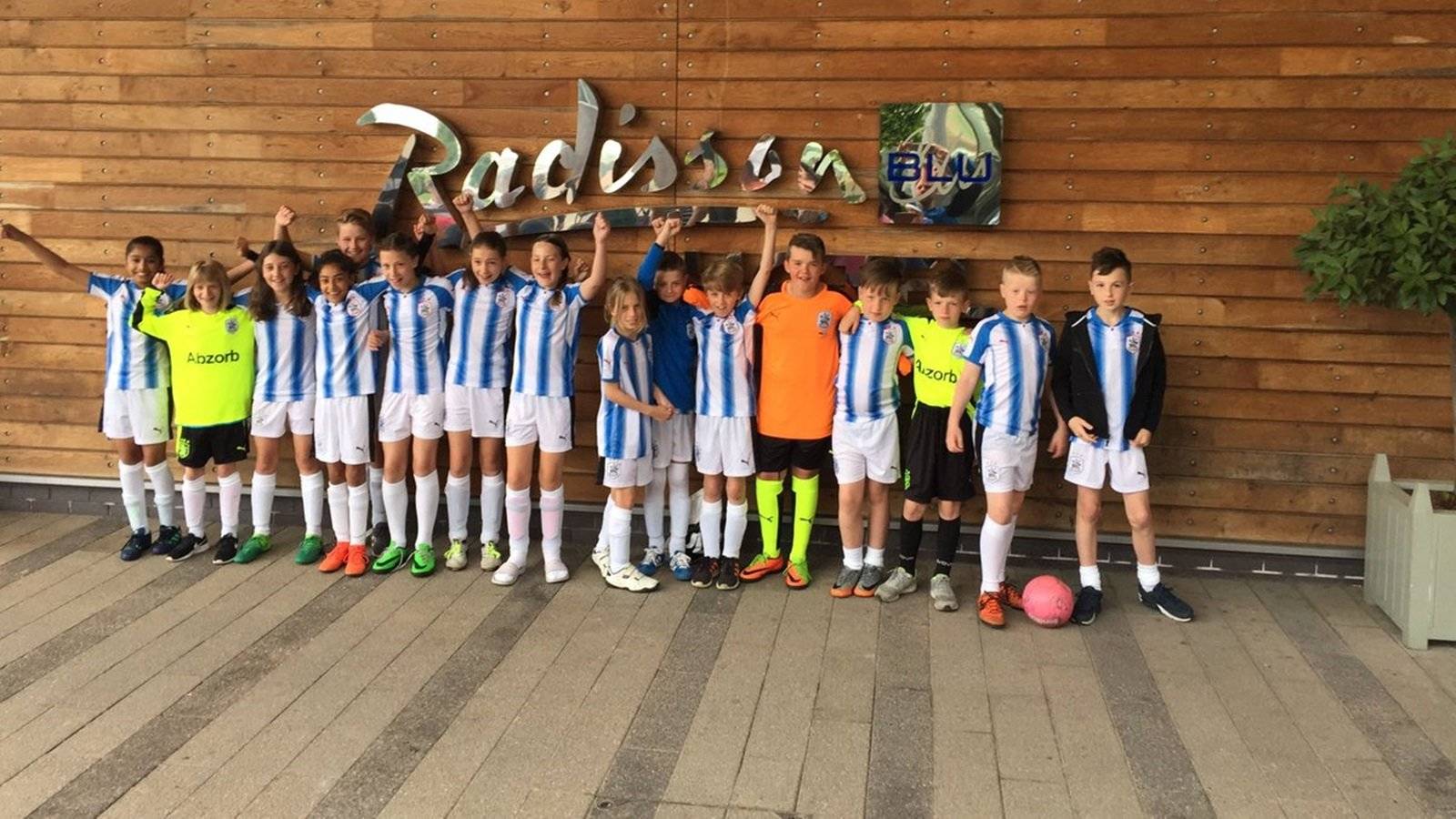 Posted at 17:34h in Trust Fund by townfoundation-admin

A mixed team from Marsden Junior School and a girlsâ€™ team from Lindley Junior School qualified to represent the Terriers during the annual event that was held at Leicester Cityâ€™s King Power Stadium.

During the qualification process, Marsden Junior School netted an impressive 35 goals and only conceded three, whilst the girlsâ€™ team from Lindley Junior School won 3-2 in the qualifying final. They both beat off competition from 30 different schools across Kirklees!

In preparation for the event, both schools had special football sessions with Town Foundation coaches before travelling to Leicester ahead of the tournament.

The Terriers were drawn in Group C alongside Arsenal, Everton, Swansea City and West Bromwich Albion with the top team from each group progressing into the Semi-Finals.

The children from the local schools performed admirably with the Marsden side holding Arsenal and Everton to draws before beating Swansea City 2-0 (this was the Swansâ€™ only defeat in the group stages), to the delight of the travelling supporters. Lindley Junior School also picked up some excellent results against West Brom and Swansea City and put on a show of true resilient team work.

Following the competition, the teams made their way into the Leicester City dressing rooms and had their photo taken with the Premier League trophy, before all participants received a medal, water bottle, shin pads and match attax cards.

â€œThe Premier League Primary Stars competition was an absolutely magnificent opportunity for all the school children to take part in and Iâ€™m sure itâ€™s a moment that theyâ€™ll never forget.

â€œYou could see the delight on their faces when they walked out onto the pitch in the blue and white stripes of Huddersfield Town and they played some brilliant football as well!

â€œIâ€™d like to thank both Marsden Junior School and Lindley Junior School for representing us in this competition and for all the work put in behind the scenes to help prepare the children.â€

If you would like your school to be part of our Premier League Primary Stars programme, please contact adam.davies@htafcfoundation.com.