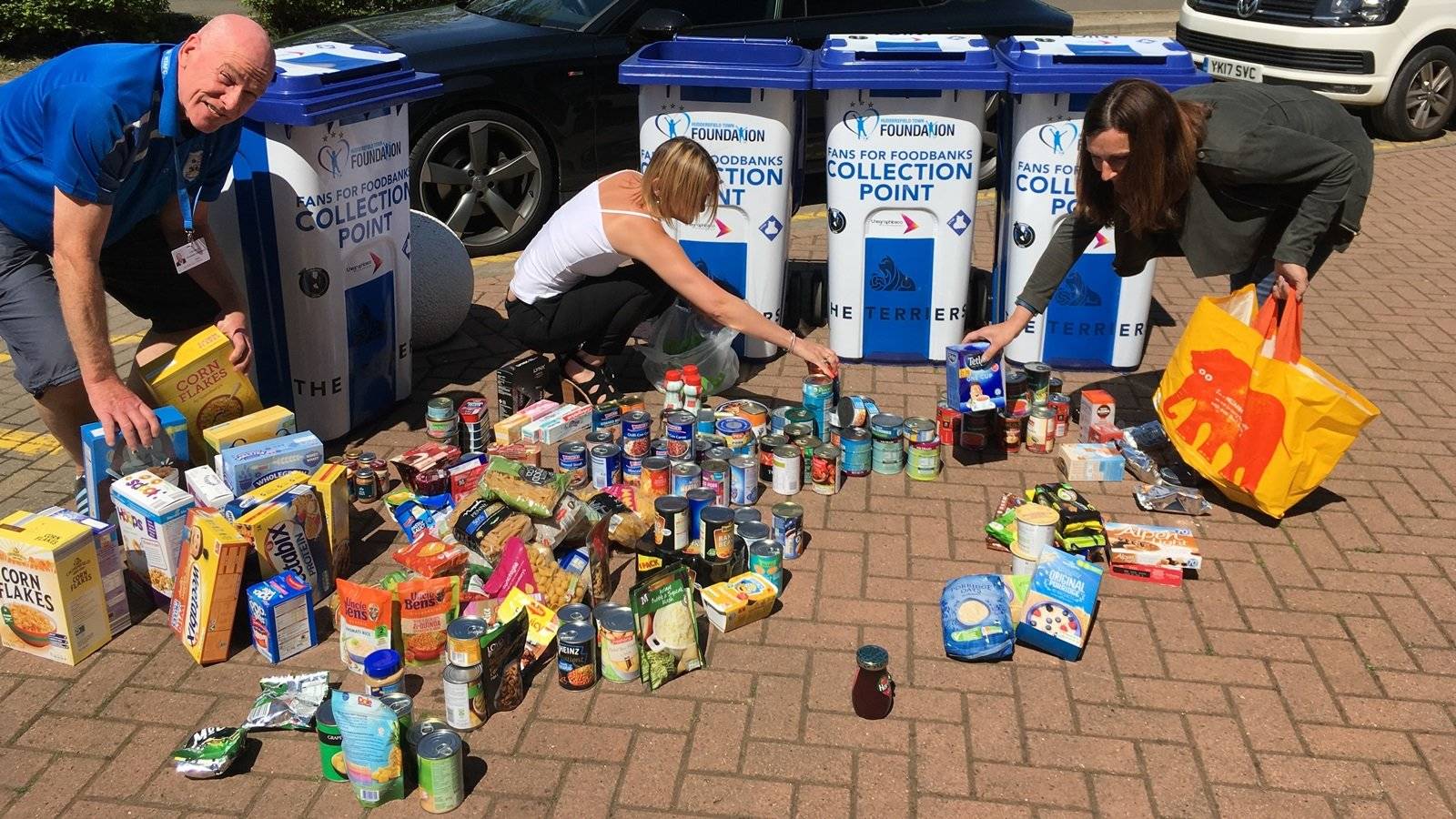 Posted at 15:59h in Trust Fund by townfoundation-admin

Over 2,000 donations have been made by Huddersfield Town supporters who backed the HTSA’s ‘Food for Foodbanks’ campaign.

Supporters were urged by the Club’s Official Charity to bring food donations to Town’s final three home games of the 2017/18 Premier League season, after the Town Foundation joined forces with the HTSA.

Eight branded wheelie bins, which were predominately filled prior to the matches, were placed around the John Smith’s Stadium and the Club’s PPG Canalside Training Ground for the games against Watford, Everton and Arsenal.

Following the final game against the Gunners, Town Foundation staff and trustee Janet Hoyle, all pulled together to count and organise the donations from supporters, so they could be donated to the Welcome Centre and the Batley Foodbank.

The 2,244 items were donated to the homeless charities and made a massive impact as at one point during the week leading up to the Arsenal match, Batley Foodbank’s shelves were completely empty!

The ‘Fans for Foodbanks’ scheme built on the HTSA’s successful initiative, which ran from its cabin at the top of Stadium Way this season. The Town Foundation and HTSA are also working very closely with the Cowshed Loyal and the Welcome Centre on this.

Following the success of the campaign and the impact it’s had on local homeless charities, the ‘Fans for Foodbank’ initiative will run during the 2018/19 season! More details will be released closer to the start of the campaign.

“We were completely overwhelmed by the amount of donations we received from Huddersfield Town supporters and it really shows that we are ‘One Club, One Community’.

“I can’t stress how big of an impact the ‘Fans for Foodbanks’ scheme has had on both the Welcome Centre and Batley Foodbank already and we want to keep making a difference in our local area.

“The success of the campaign means that we will continue to work with the HTSA for the initiative to run next season, so please continue to support it in whatever way you can.”

“The last three collections of the season were an overwhelming success. The Town Foundation has taken Fans For Foodbanks to the next level, and we’re really excited to work with them season.”