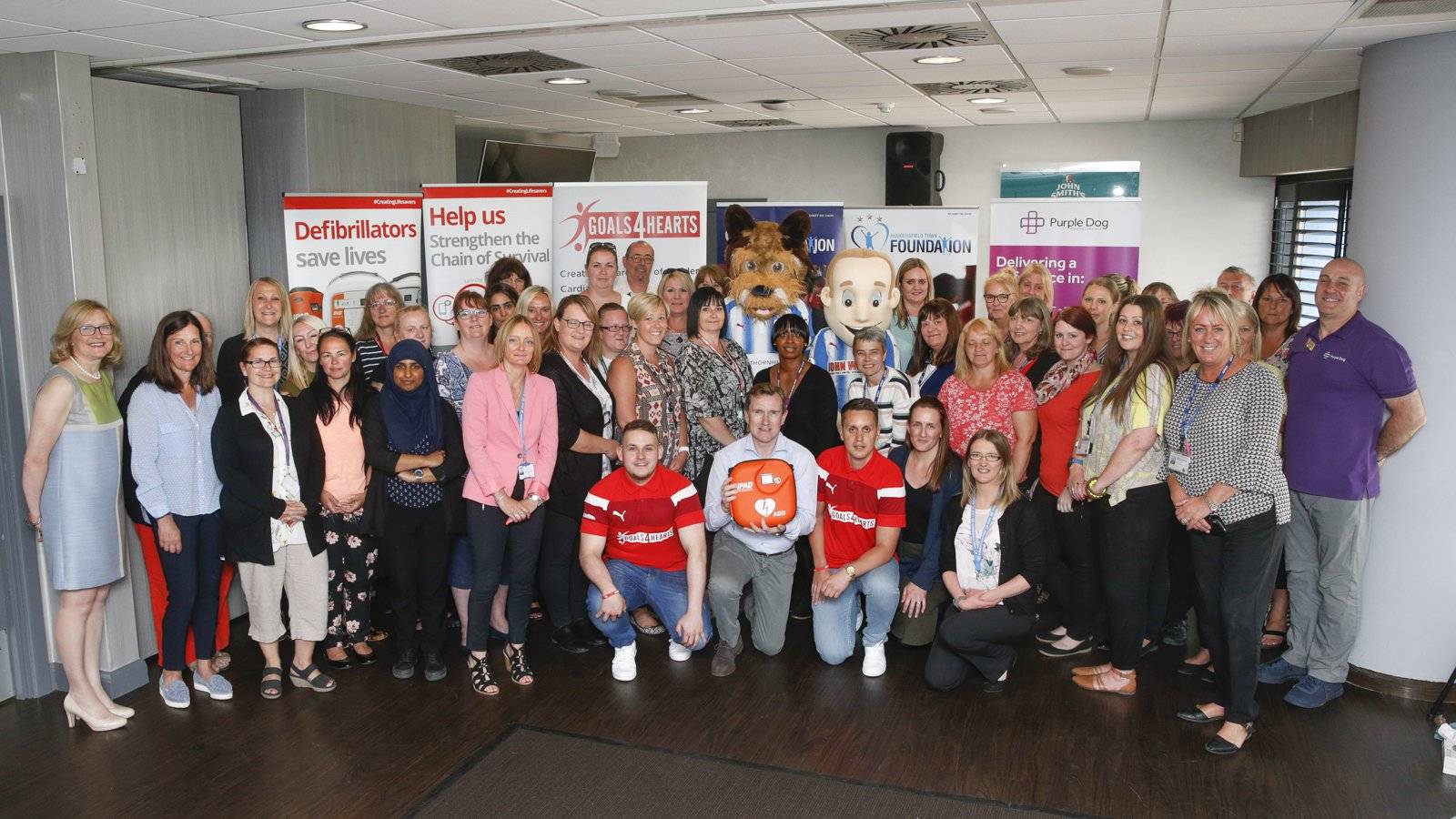 Posted at 15:48h in Trust Fund by townfoundation-admin

The Huddersfield Town Foundation has teamed up with Goals 4 Hearts to place life-saving defibrillators into 18 Breakfast Club schools.

This initiative will be funded by the money raised in this yearâ€™s Pedal for Pounds 9 ride, which was in association with Made By Cooper, as 175 cyclists travelled 282-miles from France to Huddersfield.

Ahead of the Town Foundation placing the defibrillators into the schools, a training session was held at the John Smithâ€™s Stadium, to teach the 47 members of school staff how and when to use them.

The session was led by Steve Moss from Purple Dog who demonstrated how their particular defibrillator will work, whilst also giving everyone a short refresher on their first aid training.

After listening to Steve, the staff from the local schools took part in a team training exercise to learn when and how to use the defibrillators in case the circumstance ever arises.

Both Dean and Janet Hoyle were in attendance alongside Foundation trustee Caroline Lee, Town Foundation staff, Captain Booth and Terry the Terrier!

â€œItâ€™s an honour and a privilege to be working alongside Julie Sheffield and all the team at the Huddersfield Town Foundation.

â€œI have seen the amazing work they do for the Huddersfield community and I am delighted that Goals 4 Hearts are a part of that.â€

â€œThis is another example of the Town Foundation making a difference to the local community, by providing 18 of our Breakfast Club schools with a piece of life-saving equipment.

â€œIt was great to see so many teachers and members of staff from the schools with us for the training sessions, which was delivered excellently by Steve.

â€œWe are delighted to work with Lee from Goals 4 Hearts on this and would like to thank all the Pedal for Pounds cyclists for their efforts on the ride from France.â€