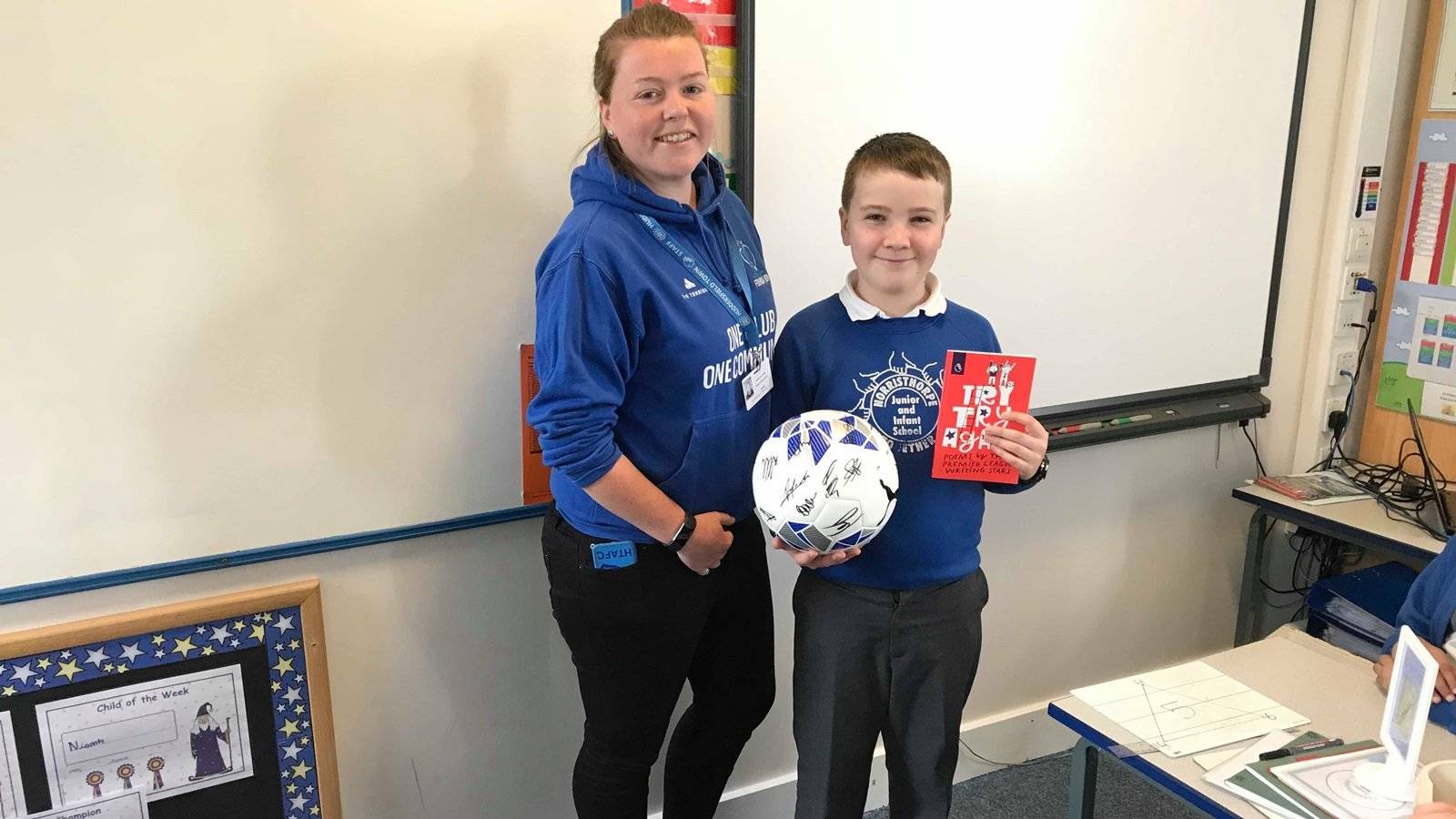 Posted at 12:34h in Trust Fund by townfoundation-admin

Young student, Thomas, was one of over 25,000 other pupils from across the country to submit an entry directly to the Premier League and is the second Yorkshire and Humber regional winner to come from Kirklees this year.

The competition, ran by the Premier League, challenged students up and down the country to write a poem about this yearâ€™s key theme of â€˜Resilienceâ€™.

After being named as a winner in Yorkshire, Thomas, was met by the Town Foundationâ€™s Head of Education Katie Suttron, who presented him with a ball signed David Wagnerâ€™s First Team squad and the book his poem was published in, which had been signed by his favourite player Jonas LÃ¶ssl.

The winning poems featured in an illustrated book comprising of all the other Premier League Writing Stars winning poems from different regions including thoe of the National winners.

Katie Suttron, Head of Education for the Town Foundation commented:

â€œI would like to say well done to Thomas for writing such a fantastic poem; itâ€™s a great example of what can happen when you work hard!

â€œWith â€˜Resilienceâ€™ being an important part of the fabric of Huddersfield Town, it was great to see one of our supporters recognised for his writing on this subject.

â€œYou could see the delight on Thomasâ€™ face when he received a signed ball and the book signed by Jonas. Iâ€™m sure itâ€™ll be a moment that he will never forget.â€

If you would like to learn more about the Premier League Primary Stars programme visit www.PLPrimaryStars.com or contact the Town Foundation’s Primary Stars Coordinator adam.davies@htafcfoundation.com.