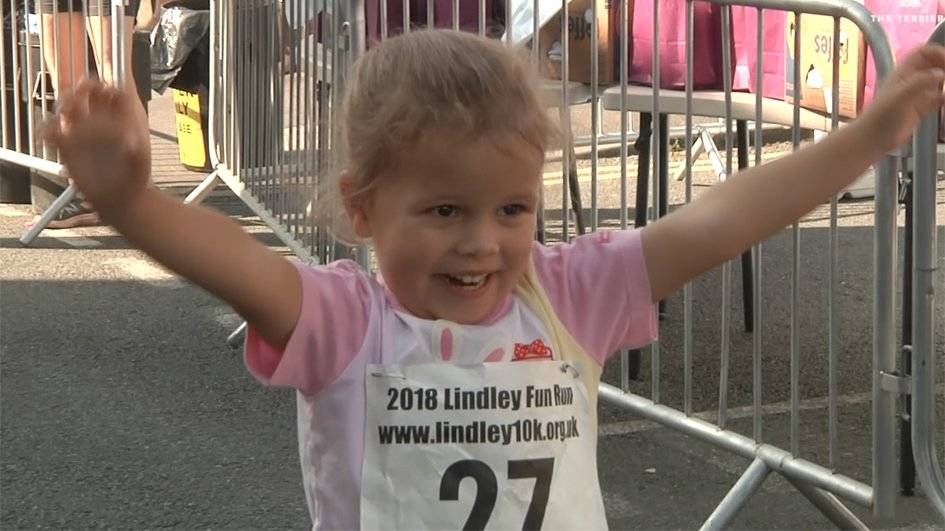 Posted at 16:33h in Trust Fund by townfoundation-admin

Young Terrier, Eleanor Pinder, raised a total of Â£2010 on her just giving page as she completed the Lindley 2k fun run to raise money for the Town Foundation.

Still just four-years old, Eleanor originally set out with the target of raising just three pence, before later upping her target to Â£200.
However, Eleanorâ€™s just giving page received far more donations than she could have imagined, and she successfully ended up exceeding her increased target of Â£2000.
The fun run, which took place on Sunday 1st of July, was Eleanorâ€™s second of her childhood. The inspiring young terrier began running at the age of just 18 months, when she completed her first 1k fun run at Greenhead Park.
Eleanor ran the Lindley 2k to raise money for the Town Foundation and to benefit other children in the local area.
Eleanorâ€™s family are Town fanatics and the youngster became aware of the work done by Townâ€™s Official Charity from her Dad and Grandparents.
You can watch a video of Eleanor completing the run below