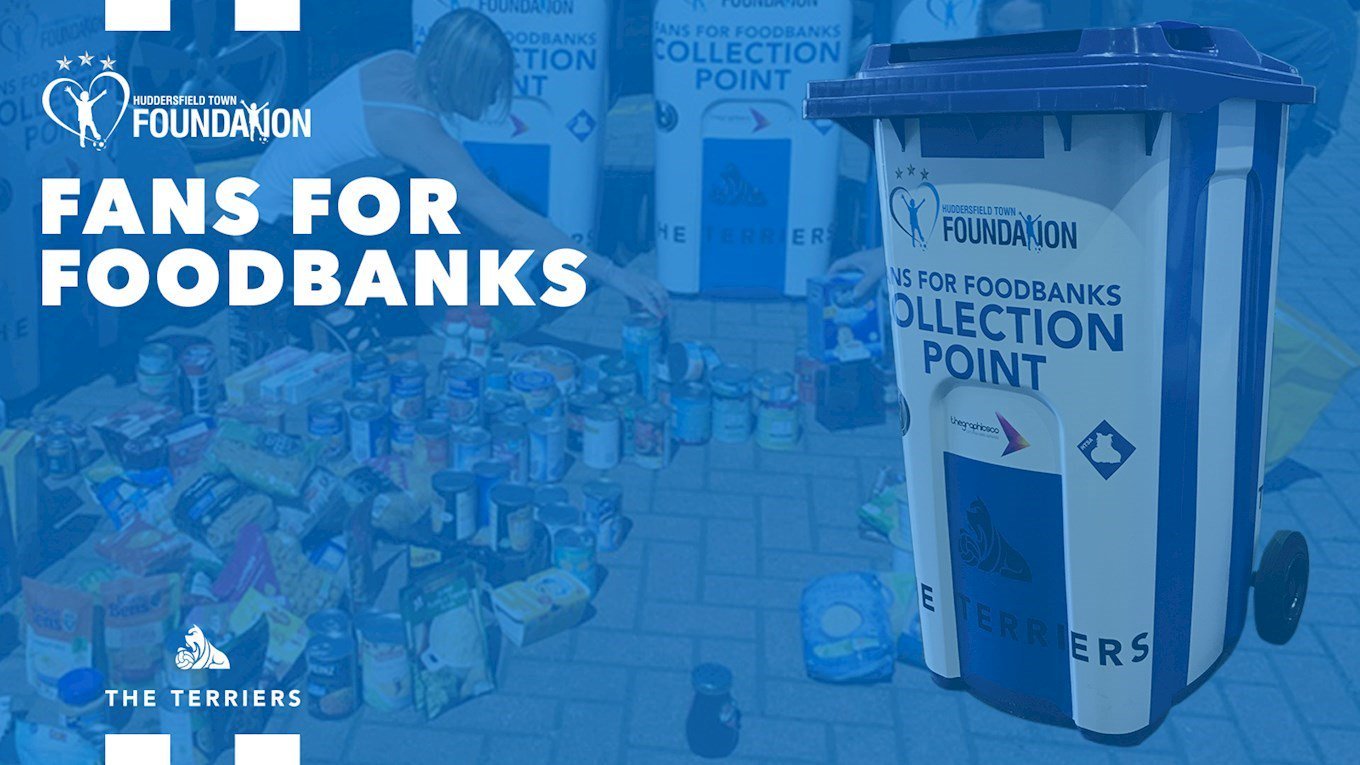 26 Sep Give Foodbank Donations At The Spurs Game

Posted at 12:45h in Foundation News by townfoundation-admin

The â€˜Fans for Foodbanksâ€™ initiative has had a widespread effect on the community and the Town Foundation, in partnership with HTSA, has urged fans to continue their support at the weekendâ€™s Premier League fixture against Tottenham Hotspur.

Launched at the end of the 2017/18 campaign, the initiative has continued into this season, and fans resumed their incredible support from the first game against Chelsea.

Supporters have been very generous over previous weeks, and they are again invited to help the community via donations of long shelf life food at this weekendâ€™s match.

To donate, fans are asked to place the provisions in the branded bins located around the John Smithâ€™s Stadium and PPG Canalside.

The Batley Foodbank will welcome any donation, but currently has shortages in:

The branded bins will be placed around the Stadium from 1pm up until kick-off and fans are asked to bring along any long shelf life food they wish to donate â€“ unfortunately we cannot accept fresh foods.

There are six Foodbanks located around the John Smithâ€™s Stadium for this weekendâ€™s game:

– Three at the South End of the Revell Ward Stand

– Two near the Gym Entrance by the Fantastic Media turnstilesÂ

– One by the South Stand home turnstiles

All the donations from this weekâ€™s game will be given to foodbanks, to be given out around the local community to those in need.

More than 2,000 donations were made by Huddersfield Town supporters last season, backed by HTSAâ€™s â€˜Fans for Foodbanksâ€™ campaign last season.

â€œI have been absolutely blown away by the continued support of the Huddersfield Town fans.

â€œI canâ€™t tell everyone enough, how much of an impact the donations are making to the community.

â€œThis week all the donations will be sent to Batley Foodbanks, who are in dire need of our support! We are more than happy to help them make a real difference.

â€œWe are really happy to work with the HTSA on this and Iâ€™d encourage all supporters to back the initiative and make their donations at the game on Saturday.â€