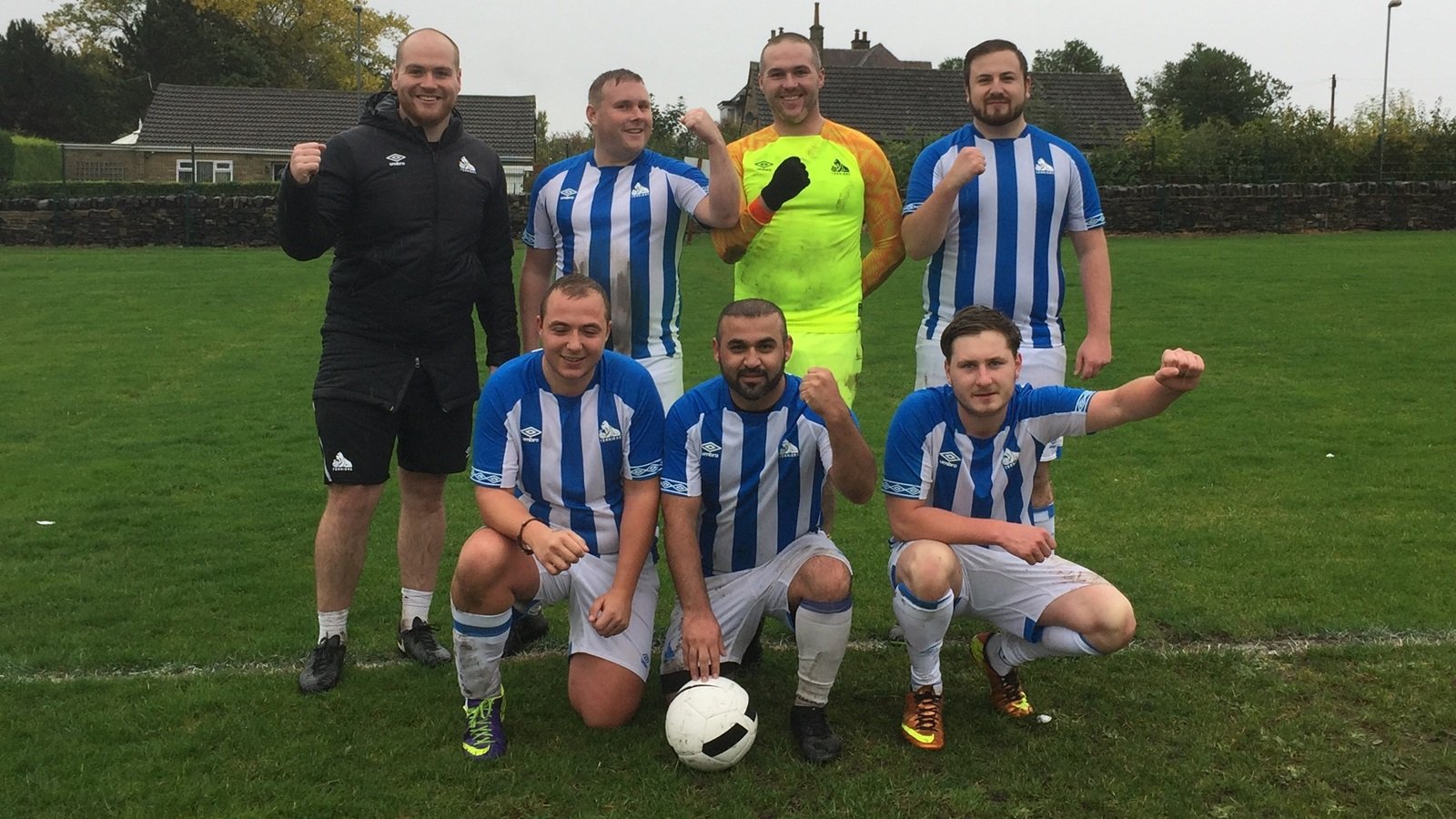 Posted at 15:38h in Foundation News by townfoundation-admin

After impressing its first outing in the Ability Counts League, the Town Foundationâ€™s five-a-side team â€“ which is made up of players from its Disability Sessions – once again, performed admirably.

Town was top of the grading coming into Sundayâ€™s set of games after winning four out of five games.

On Sunday 18 November, the five players set to the grass and got off to another good start beating Danby 2-1 before a 3-2 defeat to Greetland.

The Town Foundationâ€™s side responded well winning two of the final three games, firstly beating Shelley Creative Minds 1-0 before ending with a 2-1 win over Oakwell Terriers.

Following the results, the Town Foundation finished joint second with Greetland â€“ just behind leaders Bradford Disability â€“ who they drew 0-0 with.

The first two sets of fixtures, where the side has performed well, were friendly matches in preparation to the start of the season.

Five of the players from the five-a-side team came from the Town Foundationâ€™s Mental Health Football Sessions, which run every Thursday between 12.30pm and 2pm at the Leeds Road Sports Complex.

Another came from the Central Stars Football session on a Wednesday, which takes place between 6.30pm-7.30pm for 16-24 year olds.

â€œLike a few weeks ago the players performed really well in the Ability Counts League fixtures and can be very proud of how they did.

â€œYou can see how much it means to them to play in these games and it really puts a smile on all of our faces.

â€œThe team are constantly learning and developing and itâ€™s great to see their love for the sessions as well ahead of these games.â€

If youâ€™d like to find out more about how you can get involved, please contact Isaac Keighley via email on Isaac.keighley@htafcfoundation.com or by calling 07741671067.