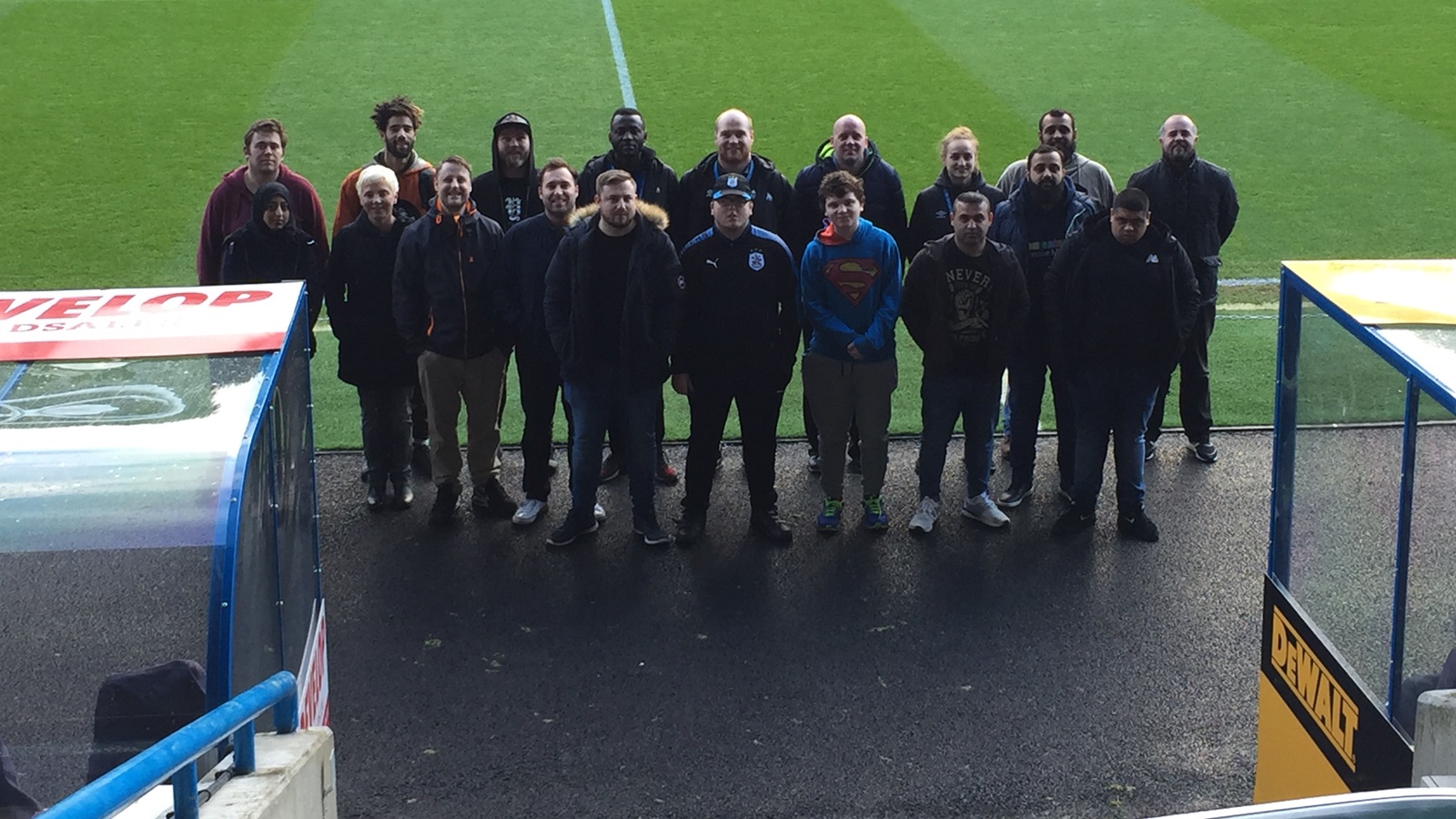 Posted at 15:11h in Foundation News, Inclusion by Adam Tomlinson

The Huddersfield Town Foundation has been interacting with the local community by providing tours of the John Smithâ€™s Stadium and fun-filled days of sport activity.

Inclusion tours have taken place at the Clubâ€™s stadium since the start of the 2018/19 season and, this time, the Town Foundation took its Mental Health football group, the Central Stars youth club and Social Eyes group for a guided tour.

Staff from the Town Foundation went into detail about the history of Huddersfield Town on the tour, whilst letting the groups go behind-the-scenes to check out the Boardroom, the tunnel, the dressing rooms, the media rooms and much more! All the participants had lots of different photo opportunities.

Not only this, they were also allowed to sit in Head Coach David Wagnerâ€™s seat in the dugout and it was also explained to them how goal-line technology works.

Following the Stadium tour for the Central Stars youth club and Social Eyes group, they then made their way to the Leeds Road Sports Complex for a game between the Town Foundation and Social Eyes.

The Town Foundation team won the game 6-0 and has since been invited to play the Rotherham-based Social Eyes Group at a later date.

Itâ€™s not just the Stadium tours though, that have made a big difference in the community!

Following the turn of the year, the Town Foundation also went along to the YPAT (Young Peopleâ€™s Activity Team) centre in Ravensthorpe, Dewsbury to deliver a fun filled day of sporting activities for the young people.

Alongside the Town Foundation coaches, Terry the Terrier was also in attendance to entertain the youngsters.

The young people took part in a number of different games throughout the day, including, kurling, boccia and cricket! The group seemed to take a big interest towards kurling especially when Terry the Terrier joined in and had a competition with the group.

Pip, a Team Leader at YPAT summarised the day by saying:

â€œThank you for the visit at YPAT, it went down really well with the young people, especially with the visit from Terry the Terrier!â€

â€œWe were absolutely delighted to take a number of our groups around the John Smithâ€™s Stadium on a guided tour.

â€œIt was clear that they learnt a lot from the day and you could see how happy they were when they could go in the dressing rooms!

â€œYou could also see how engaged the young people are with our sporting activity sessions and I hope that will continue throughout the year.â€