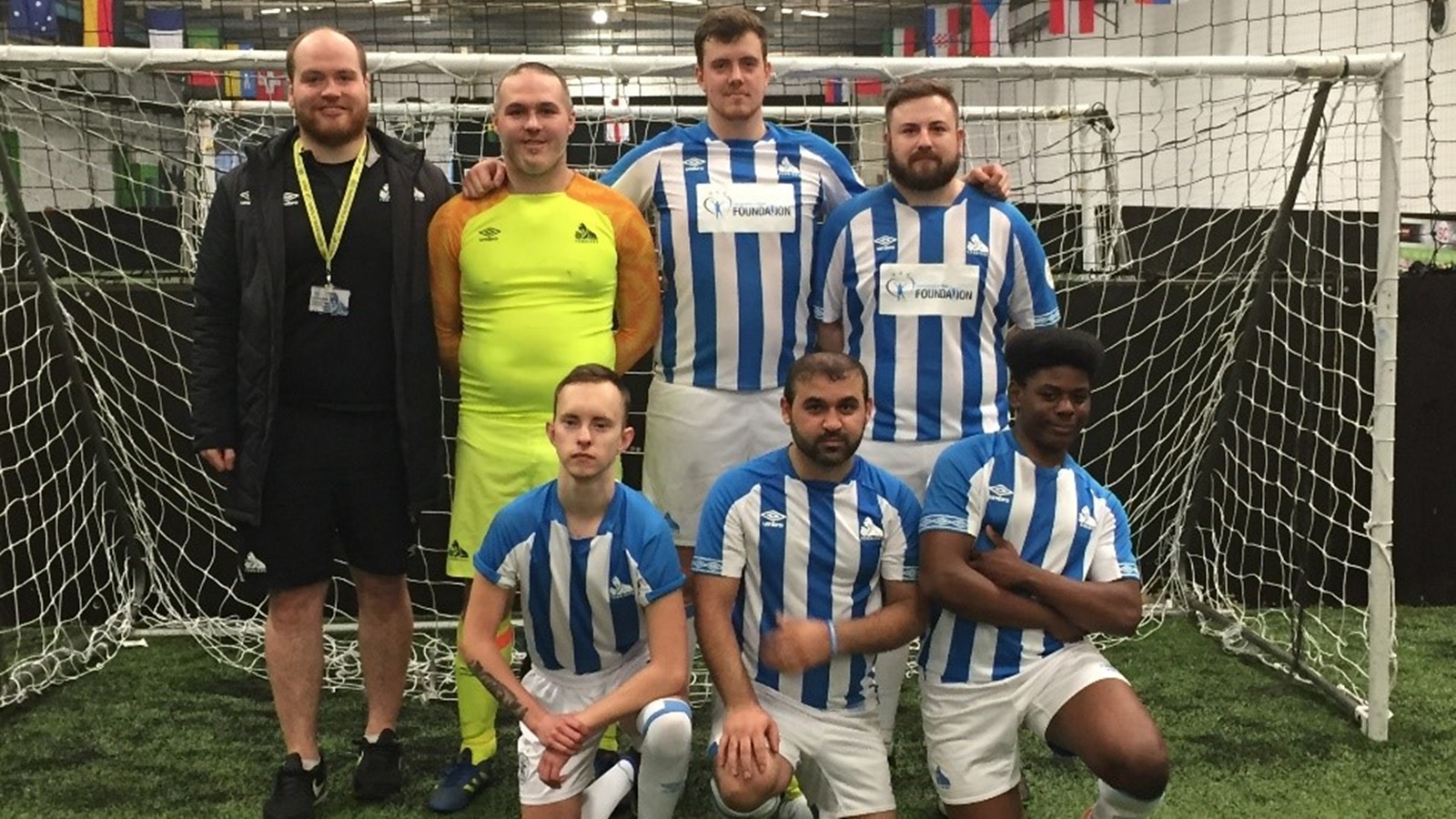 Posted at 14:43h in Foundation News, Inclusion by Adam Tomlinson

The FA Peopleâ€™s Cup is Englandâ€™s largest and most inclusive small-sided competition, which this year has seen over 27,000 players take part in.

A team from the Town Foundation entered into the First Round of the competition, which was set up like a mini-tournament with four teams competing in two groups.

The Town Foundation side was made up of participants from the Wednesday Central Stars sessions (6.30pm-7.30pm) and the Thursday Football Session (12.30pm-2pm), although the players hadnâ€™t played together before.

The competition got off to a tricky start as the Foundation side was beaten 3-1 by Greetland Goldstars in the first game. However, the players responded excellently to beat Pinfold Pumas.

The final group game was against last yearâ€™s winners, Danby Rovers, which the Foundation team drew 0-0 after a strong, battling performance. Results went the Town Foundationâ€™s way, which meant they qualified for the Play-Offs.

Shelley Creative Minds was the opponent in the Semi-Final, a side that included a number of players from some of the Town Foundationâ€™s sessions. Shelley won the game 4-3, which meant Town were knocked out of the competition.

However, the day ended on a high with the Town Foundation side finishing in third place beating Danby Rovers FC (a different side to the one they played earlier in the day) 7-0!

â€œIt was a brilliant day with some really competitive matches. This team seems to be getting stronger and stronger and keeps impressing me in every game it plays.

â€œWe are back into the Ability Counts League on Sunday 10 March so hopefully we will keep progressing, ready to be competitive in this league.

â€œAll the players performed admirably, but a special mention should go to Jamie who played in defence for us today â€“ he has been a regular in the games we have played, and I thought today was the best he has played for us. However, everyone played well!â€

If youâ€™d like to find out more about how you can get involved, please contact Isaac Keighley via email on Isaac.keighley@htafcfoundation.com or by calling 07741671067.