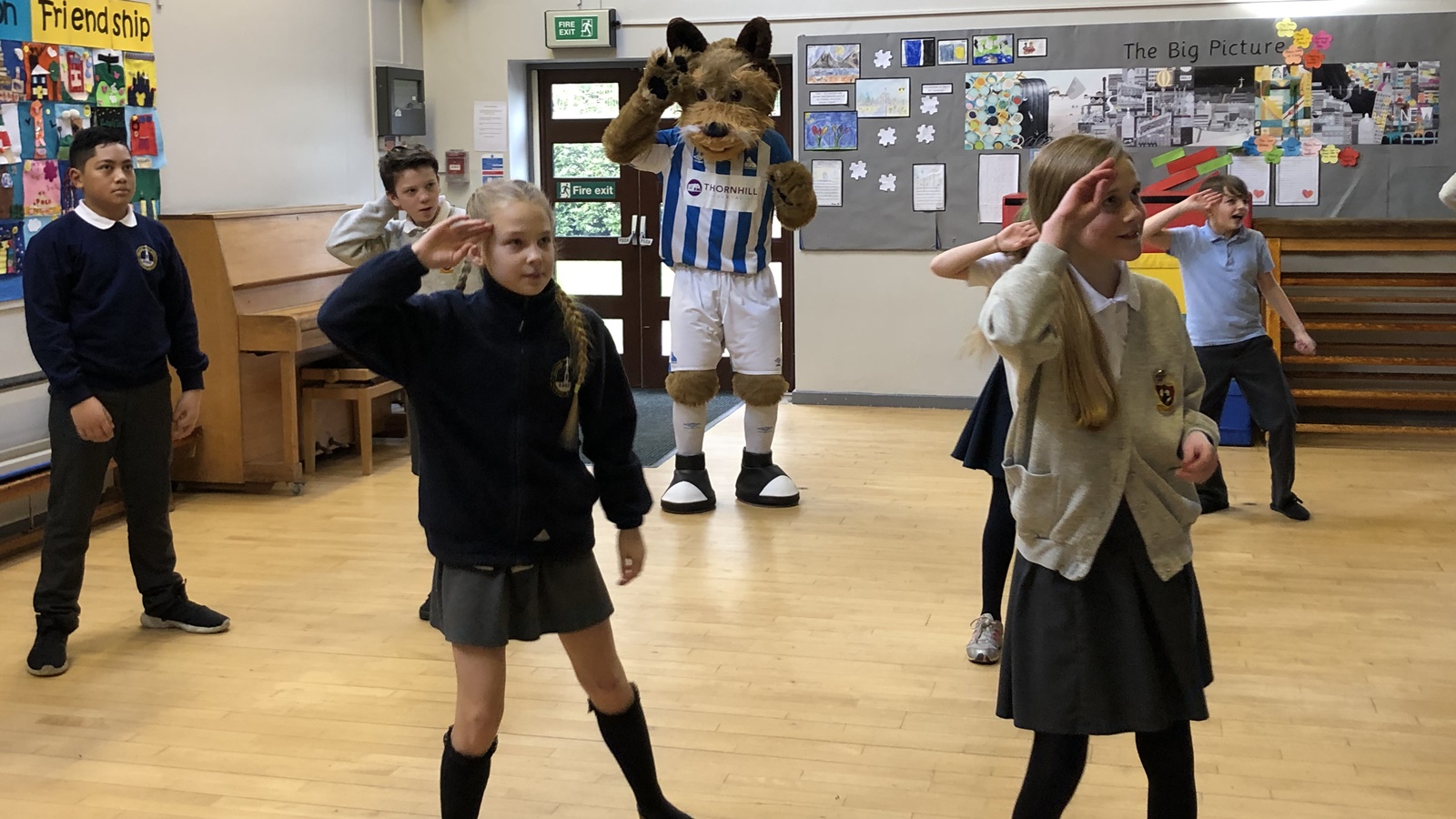 Posted at 16:50h in Education, Foundation News by Adam Tomlinson

The Huddersfield Town Foundation and students from local school St. Johnâ€™s CE (VA) J&I took part in a Super Movers experiment that has demonstrated the positive effect exercise has on the learning power of children at primary school age.

The study looked at the impact of physical activity on behaviour and classroom achievement, with 77% of participating schools noting an improvement in brain function and learning in their pupils after exercise.

Super Movers is a BBC and Premier League initiative which helps teachers inspire primary school children to get more active and boost their learning throughout their school day.

The research was led by the Super Movers team and Professor Eef Hogervorst, Professor of Biological Psychology in the School of Sport, Exercise and Health Sciences at Loughborough University.Â  The study tested the impact of physical activity and the effects it has on learning with more than 1,000 pupils taking part from 17 primary schools from across the UK.

The school children were split into two groups, Â a group that exercised and a group that did not. The exercise group completed 50 minutes of physical activity which was delivered by Huddersfield Town Foundation coaches and utilised the Super Movers resources. They then performed a series of cognitive tasks to establish if the exercise helped boost their attention span and improve their learning, compared to their classmates who, instead of taking part in physical activity, completed classroom based tasks.

Findings from the study indicated that brain speed, the ability to process information and apply it to tasks, increased by up to 19% after exercise. Physical activity also significantly improved mood in all the children who exercised, with twice as many boys in the exercise group showing a clear link between improved mood and increased brain speed compared to the non-exercise control group.

Professor Eef Hogervorst said: â€œThe nationwide experiment has yielded some really encouraging results and shows that with less than an hour of enjoyable physical exercise in a day, we can see some real improvements to childrenâ€™s learning. It has long been established that exercise can boost brain function, but to see such significant results across the board confirms that fun exercise, like the Super Movers resources, can make a real difference.â€

To find out more information, please visit www.bbc.co.uk/supermovers or visit www.htafcfoundation.com to get your school involved in the Huddersfield Town Foundations work.