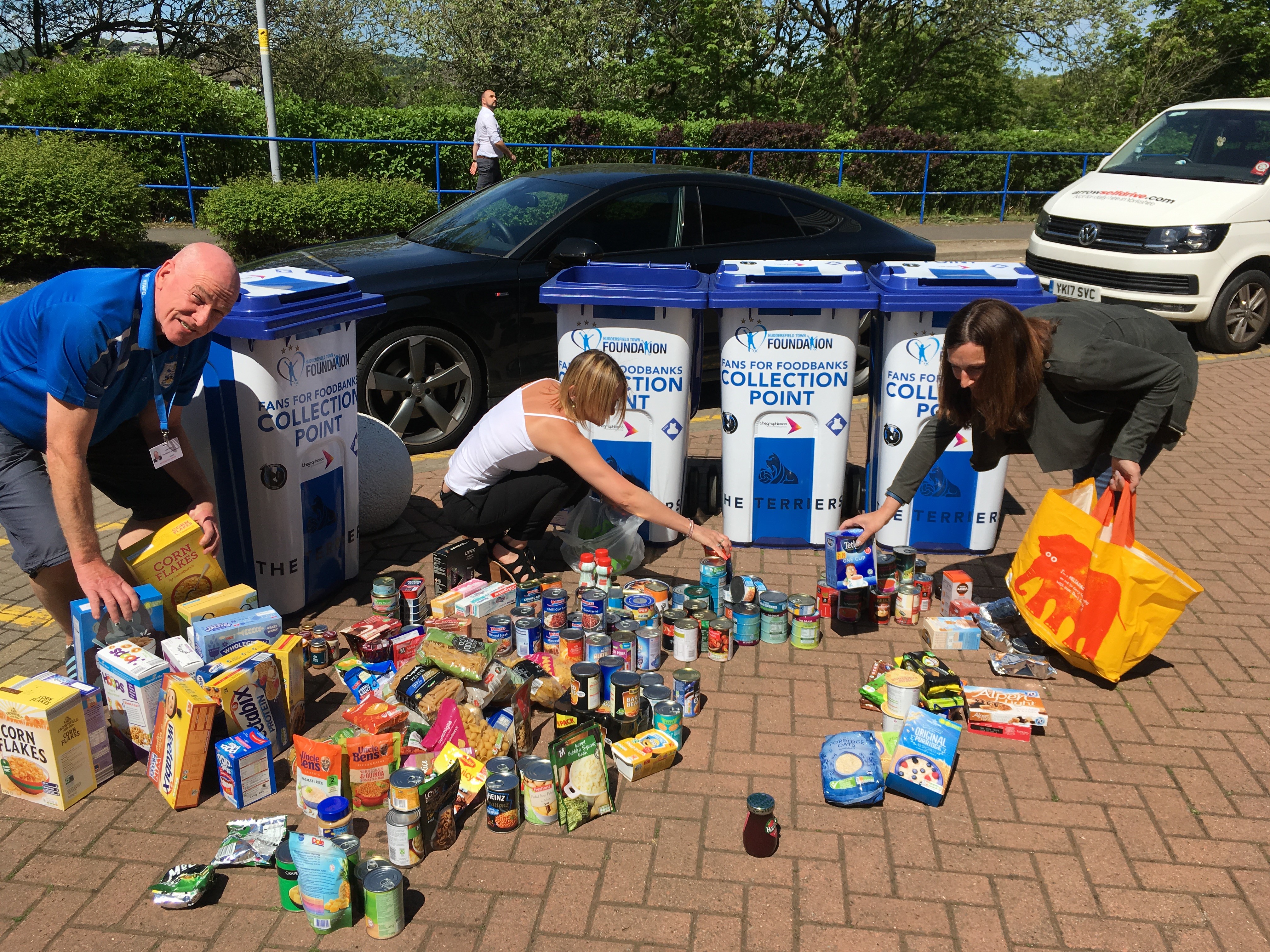 Posted at 08:52h in Foundation News by Adam Tomlinson

The â€˜Fans for Foodbanksâ€™ initiative continues to make a positive impact in the local area and the Town Foundation, in association with HTSA, is urging the Terriersâ€™ community to come together and continue their support at the weekendâ€™s community game against Watford.

The month of April marks a year since the Town Foundation placed foodbanks donation bins around the John Smithâ€™s Stadium for home matches, which also happened to be last yearâ€™s community fixture, when Watford were also the visitors on that day.

Since then, organisations such as The Welcome Centre in Huddersfield and the Batley Foodbank have been recipients of the 7,738 long shelf life items that Town fans have generously donated in that time, with popular donations including tinned beans, vegetables and toiletries.

Supporters can continue to donate to the initiative at Saturdayâ€™s game against Watford with branded bins located around the John Smithâ€™s Stadium and PPG Canalside.

All donations will be welcomed but most needed items include:

With the game taking place on Easter weekend, the Town Foundation are also asking for Easter Egg donations if possible.

The branded bins will be in place around the Stadium and PPG Canalside from 1pm up until kick-off, with supporters encouraged to try and bring at least one item, with multiple donations a huge help! However, fresh foods cannot be accepted.

There is a total of six bins that fans can drop off donations in, along with the one at PPG:

All donations from the weekendâ€™s game will go to Batley Foodbank in the hope of continuing to make a difference in the surrounding area.

With Saturdayâ€™s game being this seasonâ€™s community fixture, thereâ€™s no better time to come together with fellow Town fans and help the Town Foundation to smash the donation count so far, whilst doing your bit for the local community.

The Town Foundationâ€™s Head of Fundraising and Events, Julie Sheffield, is looking forward to seeing the Town fans do their bit at the weekendâ€™s game:

â€œItâ€™s been overwhelming to see the levels of support the Town fans have offered towards this initiative in the last year.

â€œI can assure everyone that the donations are already making a huge impact in the local area and we are hoping to continue that with the weekendâ€™s collection.

â€œWe are delighted to continue to work with the HTSA on this project and urge all Town fans to make their donations towards the community at Saturdayâ€™s community fixture!â€