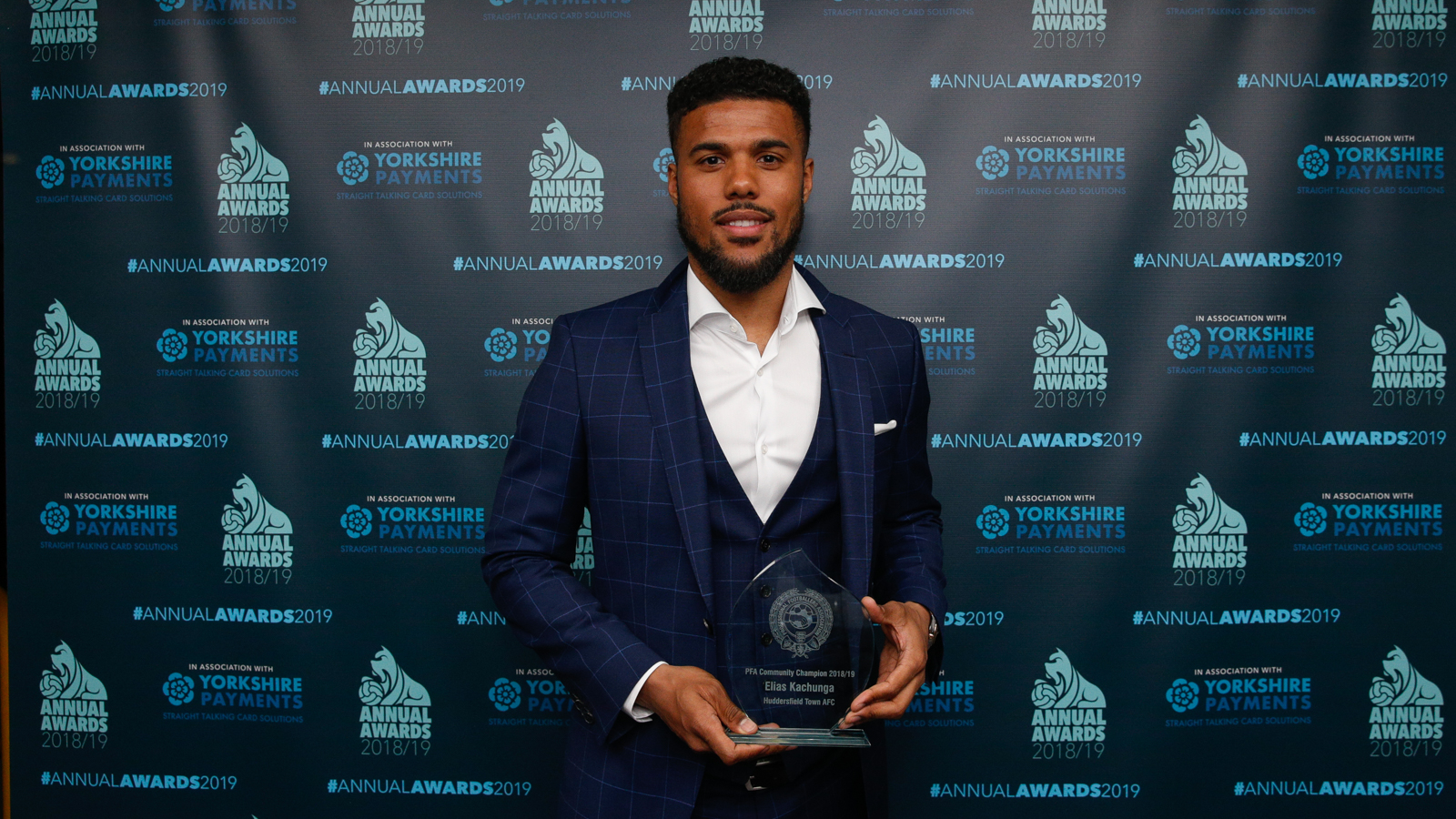 Posted at 23:42h in Foundation News by Adam Tomlinson

Elias Kachungaâ€™s dedication to bringing a smile to peopleâ€™s faces and making a difference to the local community has been recognised by the Professional Footballersâ€™ Association.

â€˜Kacheâ€™ has been awarded with the PFA Community Player of the Year award for 2018/19 due to his commitment to bring the club and community together through his work with the Town Foundation.

The Town fan favourite has been involved in community work with the Town Foundation since he joined the Club in 2016 and has always been a bright spark regardless of the situation. His enthusiasm both on and off the pitch hasnâ€™t gone unnoticed.

Recently, Elias visited Terriers supporter, Jonny, and helped to improve his numeracy and literacy skills through the support of the Town Foundation.

The day, which was filmed by BT, saw â€˜Kacheâ€™ go to one of Town Foundationâ€™s one-to-one Premier Stars sessions alongside teammate Laurent Depoitre, where he also signed autographs and posed for pictures with Jonny â€“ a day that Jonny called â€˜the best day of his lifeâ€™.

The 26-year-old has also promoted Town initiatives such as the â€˜Big Sleep Outâ€™ and has got involved with hospital visits, going out of his way to make a difference in peopleâ€™s lives.

â€œElias is a great person to be around and is always trying to bring a smile to peopleâ€™s faces.

â€œItâ€™s great that the Club and the Town Foundation has such a close relationship with the community, something that wouldnâ€™t be possible without the involvement of the players. The fact that their work doesnâ€™t go unnoticed is a credit to themselves and I am delighted Eliasâ€™ work is being acknowledged with the award.

â€œHe is one of the many Town players that take time out of their day and we are immensely proud to be involved in bringing the club and community together.â€

â€œThe PFA believes that players who make that extra effort and contribution during the season should be recognised for their support and involvement in the local community.

â€œThe Award will hopefully raise awareness of the great contribution and importance many of our members attach to their roles off the pitch.

â€œWe would like to offer our congratulations to this seasonâ€™s recipient of the 2018/19 PFA Community Champion Award.â€