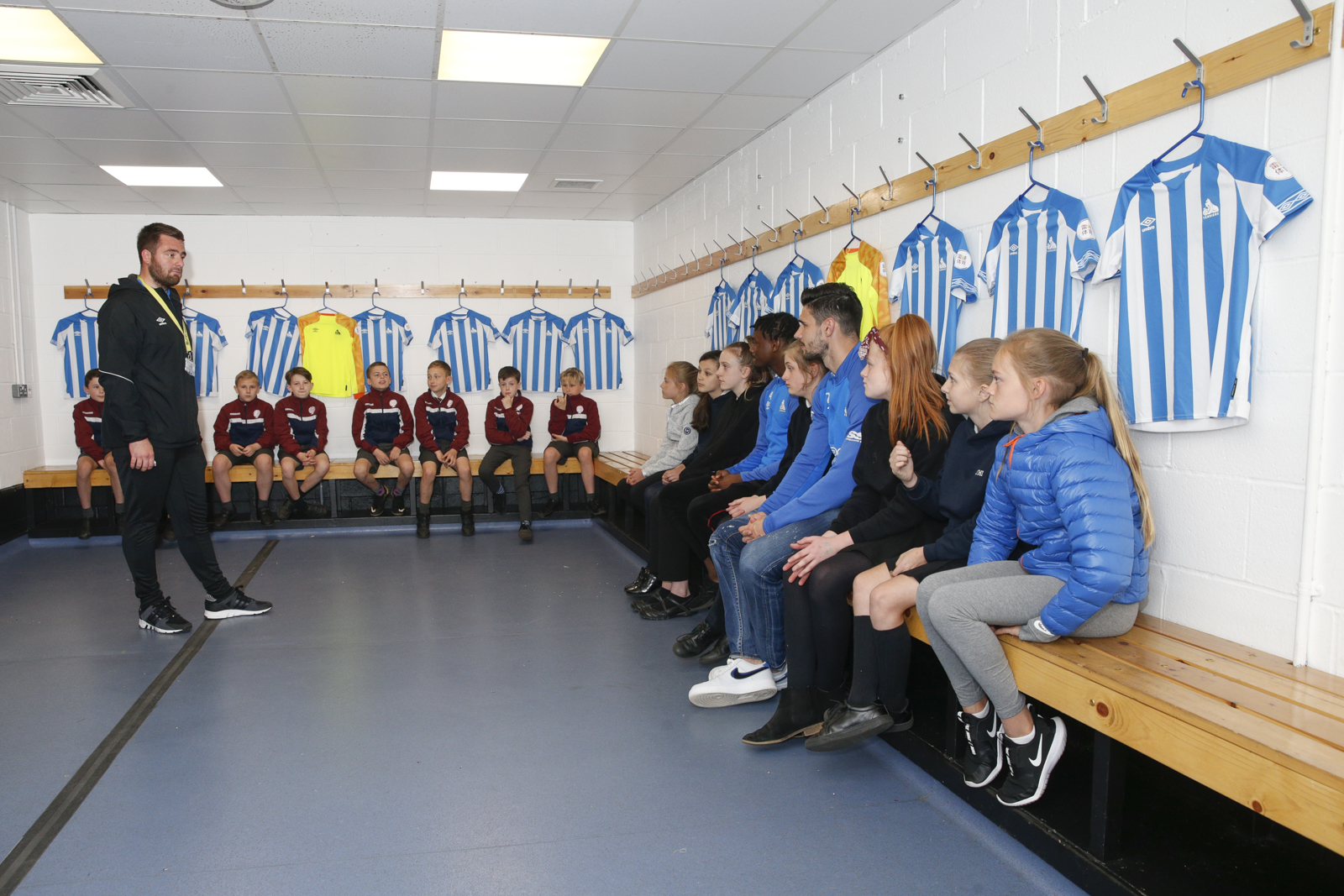 Posted at 13:56h in Education, Foundation News by Adam Tomlinson

Local Primary Schools Meltham CE and Copley Primary visited the John Smithâ€™s Stadium and got a special surprise from First Team Players Christopher Schindler and Aaron Rowe, as they presented the children with their own Huddersfield Town kit!

Meltham CEâ€™s Girls football team and Copley Primaryâ€™s Mixed team won their local Premier League Primary Stars football competition, and their prize was a tour of the John Smithâ€™s Stadium and the opportunity to represent Town in the National Finals at the end of the month! This achievement impressed the two First Team players, so they decided to surprise the children during their tour and gifted them shirts to wear at the Finals.

On Wednesday 1 May 2019, the children were invited down to the John Smithâ€™s Stadium for a tour, but little did they know, they were about to get a surprise visit!

Having made their way through most of the Stadium the Year 6 students finally arrived at the home sideâ€™s changing rooms, where unbeknownst to them, special guests Christopher Schindler and Aaron Rowe were lying in wait.

The children walked in to see the kit they would be wearing at the Finals hung up for them as a surprise. Then they were then greeted by the two special guests! The players presented all the children with their kit and gave them a lot of advice on how best to prepare for their matches and wished them all the best for the finals on 21 May 2019.

The two schools will get the chance to spend a couple of days living like their Premier League idols travelling to the hotel the night before on the First Team bus, then travelling to the Molineux on the morning of the tournament. They will compete against teams from all of the other Premier League clubs and have been drawn against Crystal Palace, Manchester City, Bournemouth and Liverpool.

â€œThe stadium tour along with the special guests was a fitting reward for all the hard the pupils had put in at our Primary Stars football tournament, the children were buzzing to meet their idols that they support week in, week out.

â€œChris and Aaron are perfect role models for the children as they shared advice and interacted with the pupils.â€