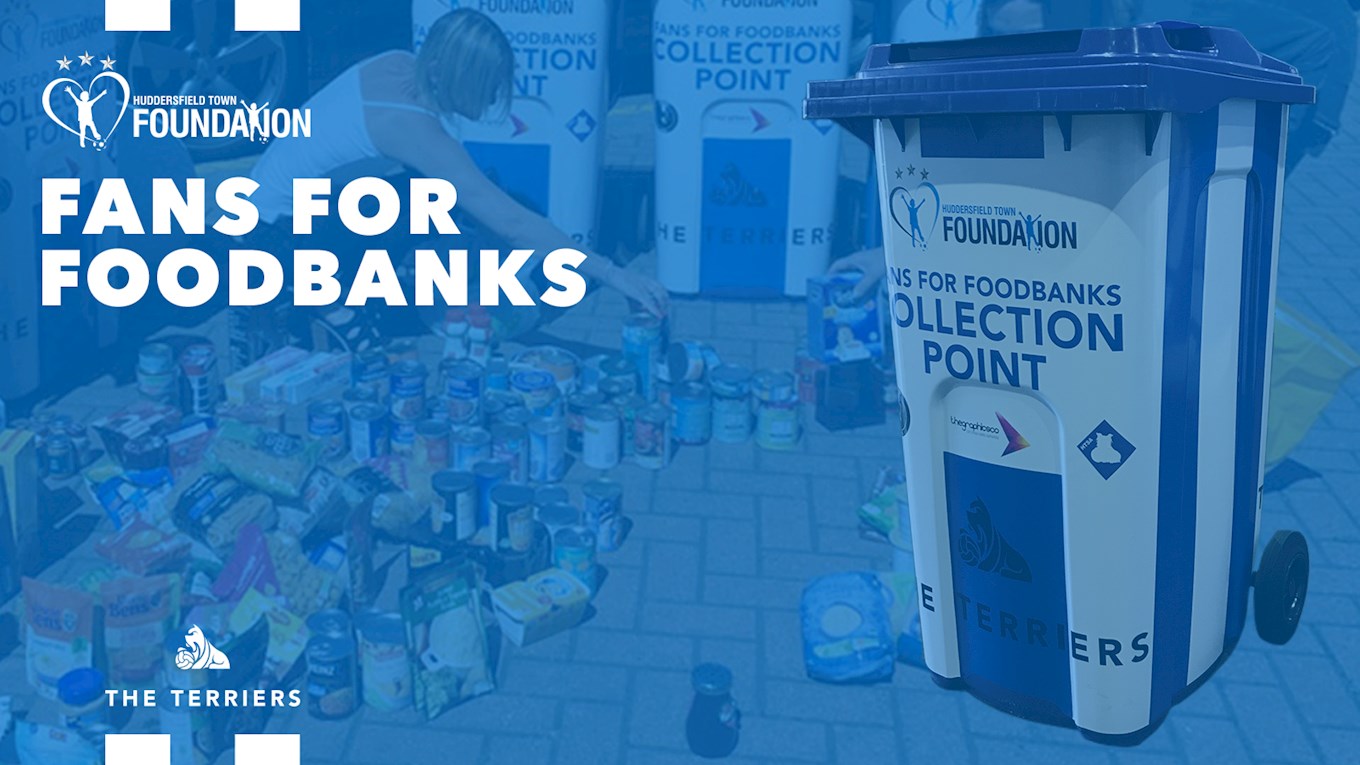 The amazing generosity of the Huddersfield Town supporters has allowed the Town Foundation to collect 10,000 donations for local foodbanks.

Over the course of the season through supporter donations, at events like the Big Sleep Out and Pedal for Pounds 10, and through donations by staff at Huddersfield Town, the Town Foundation has been able to benefit Huddersfield Welcome Centre and Batley Foodbank.

The Fans for Foodbanks initiative was launched to help people in the local community. The number of people using food banks across the UK has risen from tens of thousands to millions since 2010 and lots of families could be just one pay packet away from needing to use their local food bank.

The Town Foundation has worked closely with the HTSA (Huddersfield Town Supportersâ€™ Association) with the Fans for Foodbanks initiative and it continues to be at the heart of the local community.

The top three items donated to the Foodbanks are Packet Pasta/Noodles (1,027), Tinned beans/spaghetti (981) and tinned fish (904).

However, a number of different items like hot drinks, rice pudding, Easter eggs and melba toast were also collected.

â€œWe are absolutely delighted to collect almost 10,000 donations through the Fans for Foodbanks initiative.

â€œThe kindness of the Huddersfield Town supporters has, once again, shone through and it has had a massive impact on the local food bank charities that we work with.

â€œI am happy to announce that we will continue to work with the HTSA for the Fans for Foodbanks initiative next season. Further details on that will be announced at a later date.

â€œI would just like to say, once again, a massive thank you for your continued support.â€