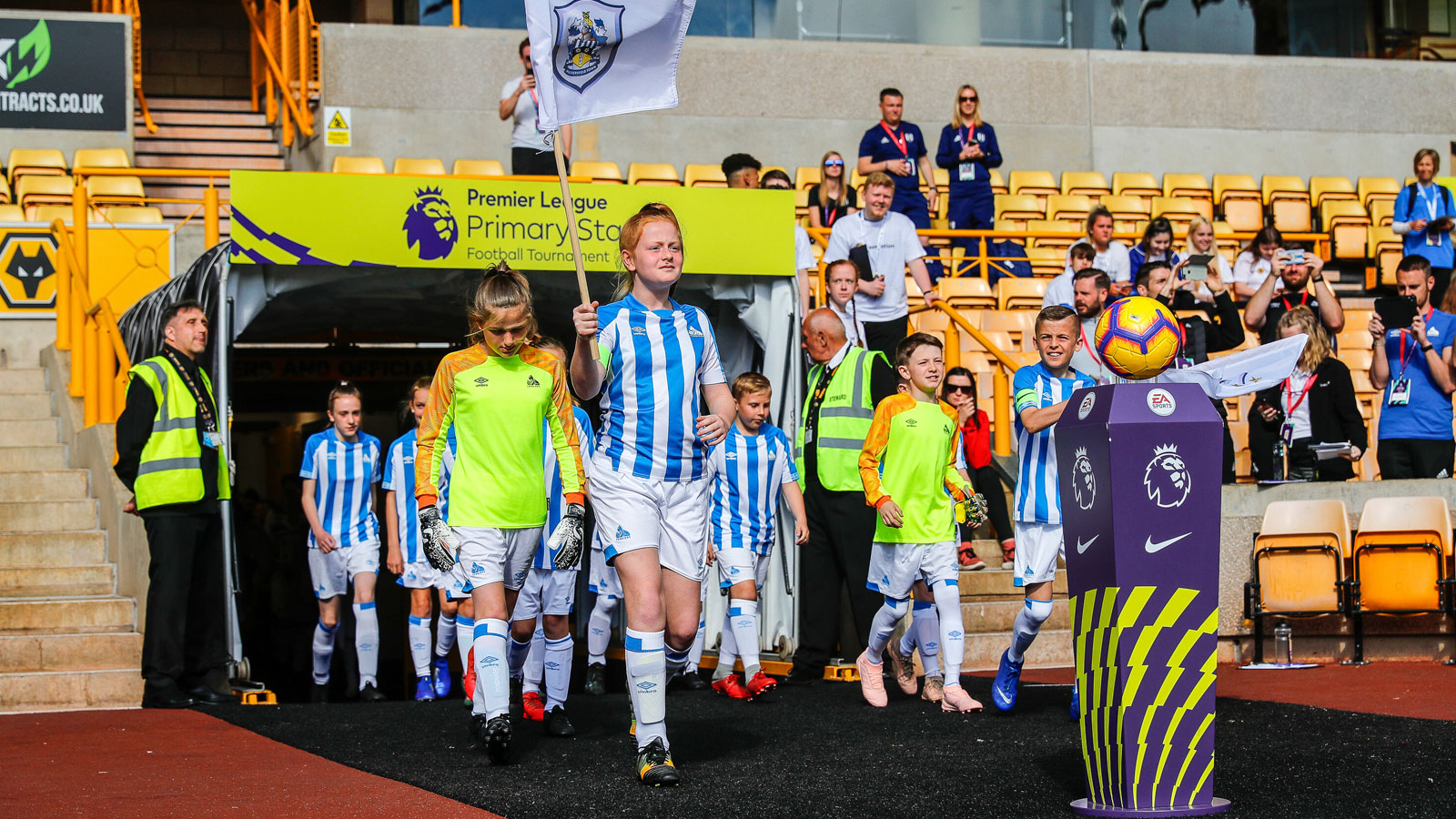 24 May LOCAL PUPILS LIVE THE LIFE OF A FOOTBALLER

Youngsters from two local Primary Schools got to live the lives of footballers as they represented Huddersfield Town in the Premier Leagueâ€™s Primary Stars football tournament.

A mixed team from Copley Primary School and a girlsâ€™ team from Meltham C.E Primary School qualified to represent the Terriers during the annual event, which was held at Wolvesâ€™ Molineux Stadium, and got to experience the life of a professional footballer leading up to the competition.

After impressing and beating a number of local schools in the qualification process, the youngsters were able to show off their skills in the national competition.

After travelling to the tournament on Huddersfield Townâ€™s First Team bus and staying over night in a hotel, the youngsters took to the pitch at the Molineux proudly wearing the Blue and White stripes of Huddersfield Town.

The mixed team from Copley Primary School won two of their four games, putting in impressive and eye-catching performances beating the likes of Liverpool FC and AFC Bournemouth.

Whilst the girlsâ€™ team, who was handed a difficult group, picked up one point from the four matches. However, they only lost by one goal in each of the matches.

Following the competition, the teams made their way into the Wolves dressing rooms and had their photo taken with the Premier League trophy. The youngsters also received a good luck card from the Town players prior to the tournament.

â€œThe Premier League Primary Stars competition was an absolutely magnificent opportunity for all the school children to take part in and Iâ€™m sure itâ€™s a moment that theyâ€™ll never forget.

â€œYou could see the delight on their faces when they walked out onto the pitch in the blue and white stripes of Huddersfield Town and they played some brilliant football as well!

â€œIâ€™d like to thank both Copley Primary School and Meltham C.E Primary School for representing us in this competition and for all the work put in behind the scenes to help prepare the children.â€

If you would like your school to be part of our Premier League Primary Stars programme, please contact adam.davies@htafcfoundation.com.