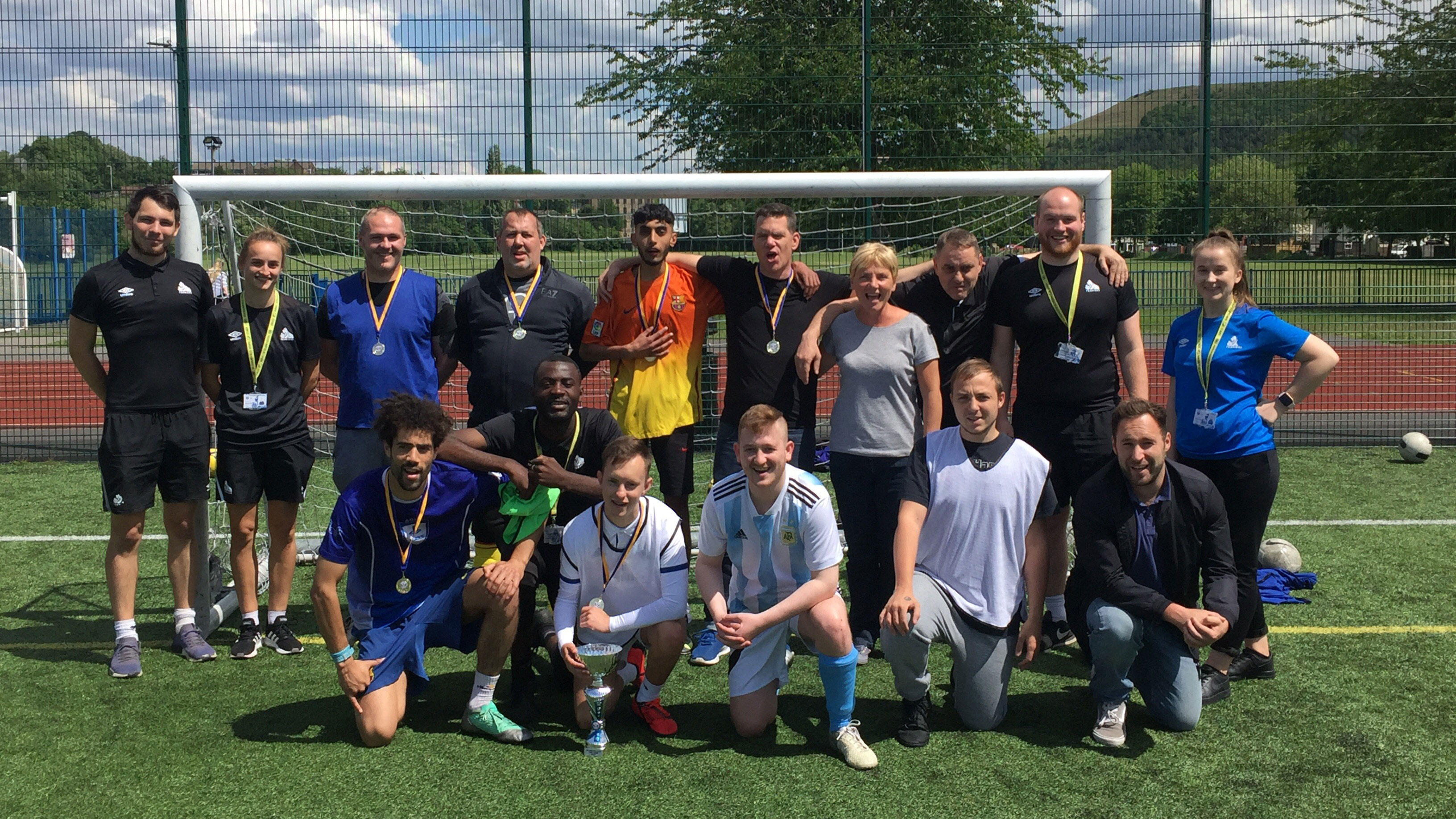 Posted at 10:19h in Foundation News, Inclusion by Adam Tomlinson

The Huddersfield Town Foundation was crowned champions of the Ability Counts League in the final round of fixtures on Saturday 2 June 2019!

Townâ€™s Ability Counts side – made up of players from the Town Foundationâ€™s mental health and disability sessions – arrived six points clear of Bradford DSA and Greetland Goldstar, with a superior goal difference of eight having won six, drawn three and lost just one game going into the final round of games.

The first game ended in a 1-1 draw with Copmanthorpe, with the Foundation side unlucky not take one of their chances in the game. In the following games, the Foundation lost against Bradford 1-0, Greetland 2-0 and Pontefract 1-0.

With results going against the third-placed Town side and with one last game to play against Danby â€“ the result would decide whether it would be a third or first placed finish to the season!

The game didnâ€™t start so well with the Foundation side going a goal down just ten seconds into the game. However, there was a steely determination and the performance turned out to be one of the best they had shown throughout the campaign.

After waves and waves of attacks, shots being cleared off the line, the Danby goalkeeper making some great saves and Danby defending so well, Josh finally got the equaliser for the Huddersfield Town Foundation with a brilliant goal firing into the top corner. The pressure from Huddersfield Town continued but each chance came and went, and it seemed the game was destined for a draw.

â€œI am so proud of all of the team who has played throughout this league and they have really come a long way from the start to where we are now. This team has barely been together for 6 months, but they showed such togetherness and determination to win the league.

â€œThe way the fixtures and results had gone today meant there was quite a lot of pressure for the players to go out and win the league and they responded brilliantly; which is a credit to them!â€

â€œIâ€™ve never felt pride and success like it and to be part of the teamâ€¦ it was a dream come true to lift the trophy after all we have been through. It was the last game of the day and everything was riding on that game and in my eyes I couldnâ€™t see the trophy and then our team did the unthinkable in the last minute and won the league! My emotions were through the roof!â€™.

“It felt great to win some silverware for the first time and it feels like a great accomplishment for a new team in the league. It became a battle of wits on the last game. It was also great to be a part of something that is breaking barriers of mental health challenges and disabilities through the medium of football.

â€œIt was a fantastic feeling to win the West Riding Ability Counts League on Sunday, particularly as it was such a great team performance over the 3 rounds, particularly for those who took part in the second round [when we went unbeaten] who got us in the position to be able to challenge for the trophy. It was an â€˜uglyâ€™ win, but it just shows what you can achieve if you keep going right until the end â€“ everyone was made up with the trophy and medals.

â€œI personally felt very proud to have been involved with special thanks going to all the HTAFC coaches, SWYPFT (South West Yorkshire Partnership NHS Foundation Trust) staff and all the players who work tirelessly at the Thursday training sessions and werenâ€™t able to be there on Sunday!â€