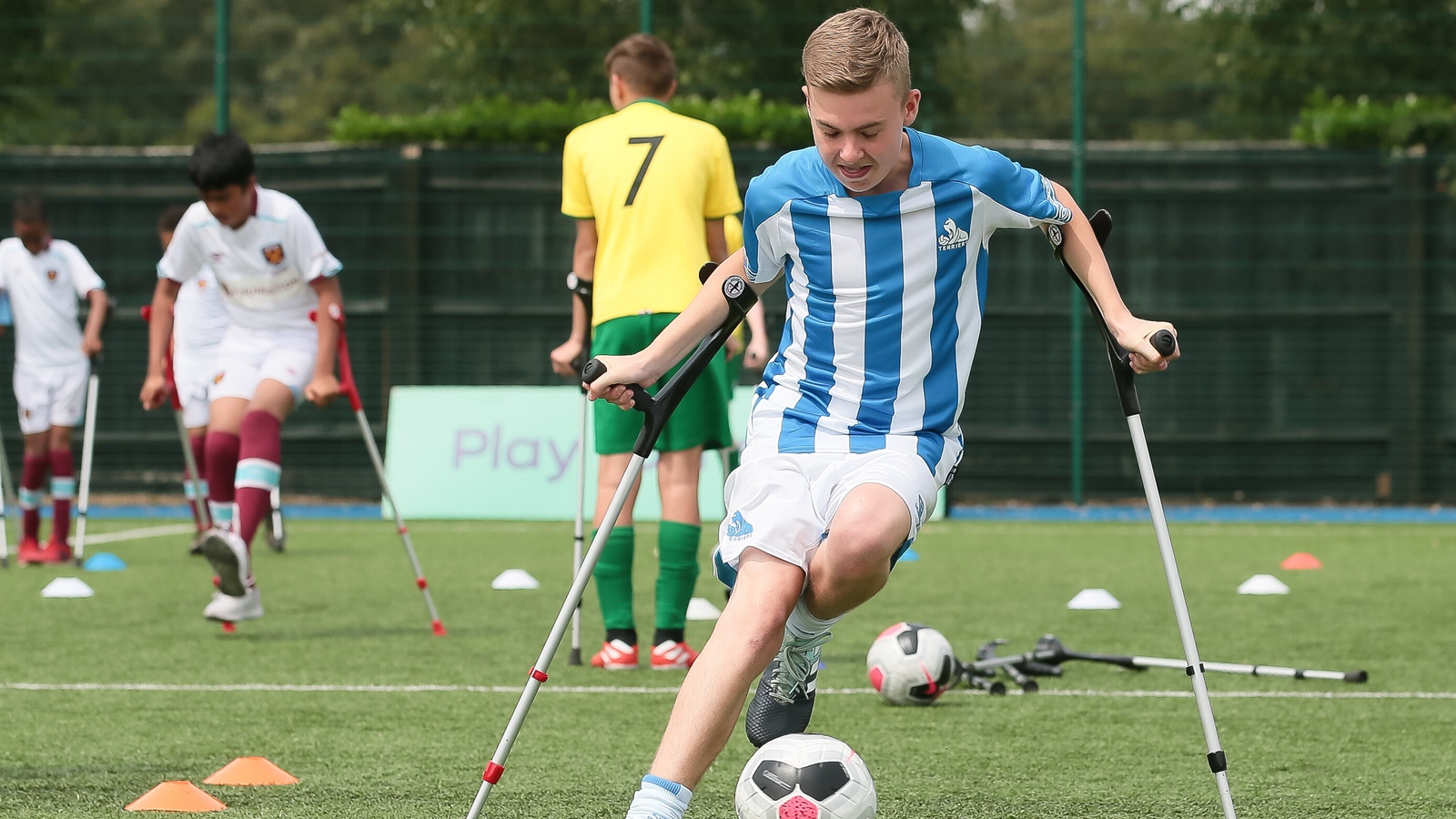 Posted at 10:14h in Foundation News, Inclusion by Adam Tomlinson

Five participants with differing disabilities including hearing impairments from Newsome High School had the opportunity to represent the Huddersfield Town Foundation.

The side was participating in the PL/BT Disability Football Festival, held at Tottenham Hotspurâ€™s state of the art training facilities in Enfield on Wednesday 17 July 2019.

The day was split into a carousel of activities in the morning before a football tournament in the afternoon.

During the morning sessions the Huddersfield Town Foundation was grouped with Aston Villa, Norwich and West Ham United before taking part in a number of different events.

The drills allowed the participants to learn new skills â€“ something they really enjoyed doing!

For the Football Festival, the Town Foundation Team was grouped with Crystal Palace, AFC Bournemouth, Arsenal and Middlesbrough.

The first game saw the Foundation side lose narrowly to Crystal Palace after a closely fought game.

They were also beaten by AFC Bournemouth and Middlesbrough before putting in an excellent performance to beat Arsenal! That meant the Town Foundation finished the festival in fourth spot.

The team also had the opportunity to meet John Hartson, Ryan Mason and Chirpy the Tottenham Hotspur mascot!

A specialist worker from Newsome High School, who supports some of the Town Foundation participants, added:

â€œThe students were absolutely buzzing to tell everyone in our department about the trip and how much theyâ€™d enjoyed themselves.

â€œThey got a special mention in our Hearing Impairment rewards event for their resilience.â€

â€œIt was a brilliant event, and everyone participated so well! It was great to see that everyone was enjoying themselves so much.

â€œEach participant showed some great skills such as teamwork, togetherness and resilience.

â€œOn the way back I had two participants who said how they were sad the event had ended and were already looking forward to the next one.â€