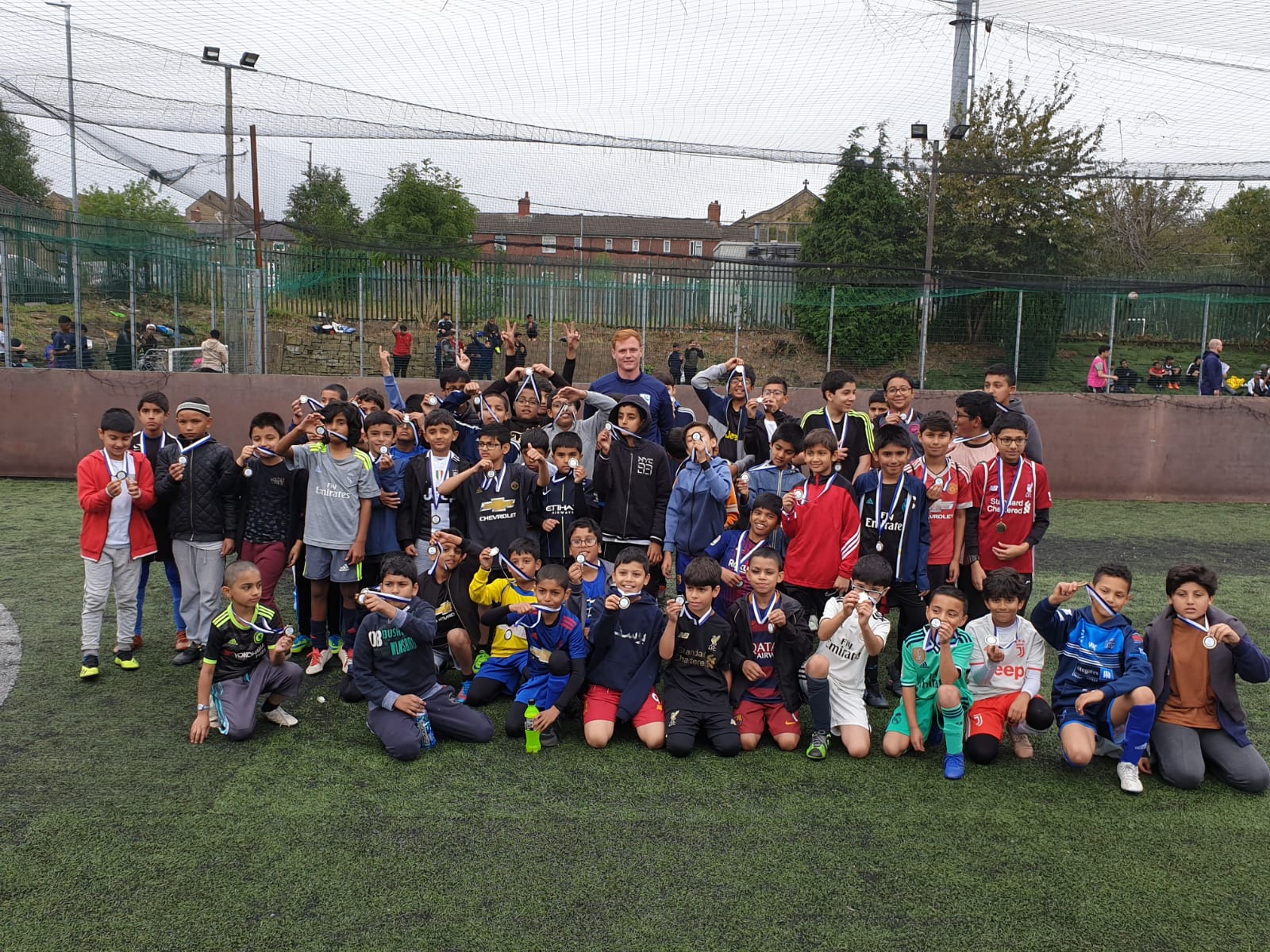 Posted at 11:58h in Foundation News, Inclusion by Adam Tomlinson

Batley Gala is an annual event for families of the local community and Madressas to attend, hosted at Batley Cricket Club.

Local Madressas and Mosques entered teams into three age categories; Under 10â€™s, 13â€™s and 15â€™s. The football tournament allowed young people to display their skills whilst engaging in competitive football.

Discipline, resilience, communication and social skills were all required to follow the referees’ rules, to play as a team and to never give up. All 22 participants received a medal for participating in the tournament, whilst the winning team were presented with a trophy.

A â€˜Top Terrierâ€™ trophy was also awarded to one player in each age group who displayed the correct attitude and behaviour throughout the tournament!

The Gala has been imperative to Batley to support the community that is tackling barriers of deprivation and crime rates through integrational activities which promote social cohesion.

The Huddersfield Town Foundationâ€™s Premier League Kicks programme uses the power of football and the value of sports participation to aid the development of youngsters in some of the most high-need areas across Kirklees.

By engaging youngsters in constructive activities including a wide variety of sports, coaching, educational and personal development sessions, not only does the programme impact individuals but it also unites communities.

â€œOn behalf of the Batley Gala group, thank you to everyone who contributed to make this event so successful.

â€œA community coming together is a strong statement to show that there is support networks where we can work together.â€

â€œThe children rarely get the opportunity to take part in football tournaments, so we thank the Huddersfield Town Foundation for providing a well-organised activityâ€.

â€œThere is a perception that the Muslim community have little room for sporting activities due to our faiths. However, this football tournament allowed the children to express their love for football whilst socialising with other young people from other mosques.

â€œEvery child played with a smile on their face and no matter if they won or lost, they all had fun.â€

If you would like to find out more on how you can get involved with the Premier League Kicks programme then please contact Alfie Butwell on alfie.butwell@htafcfoundation.com.