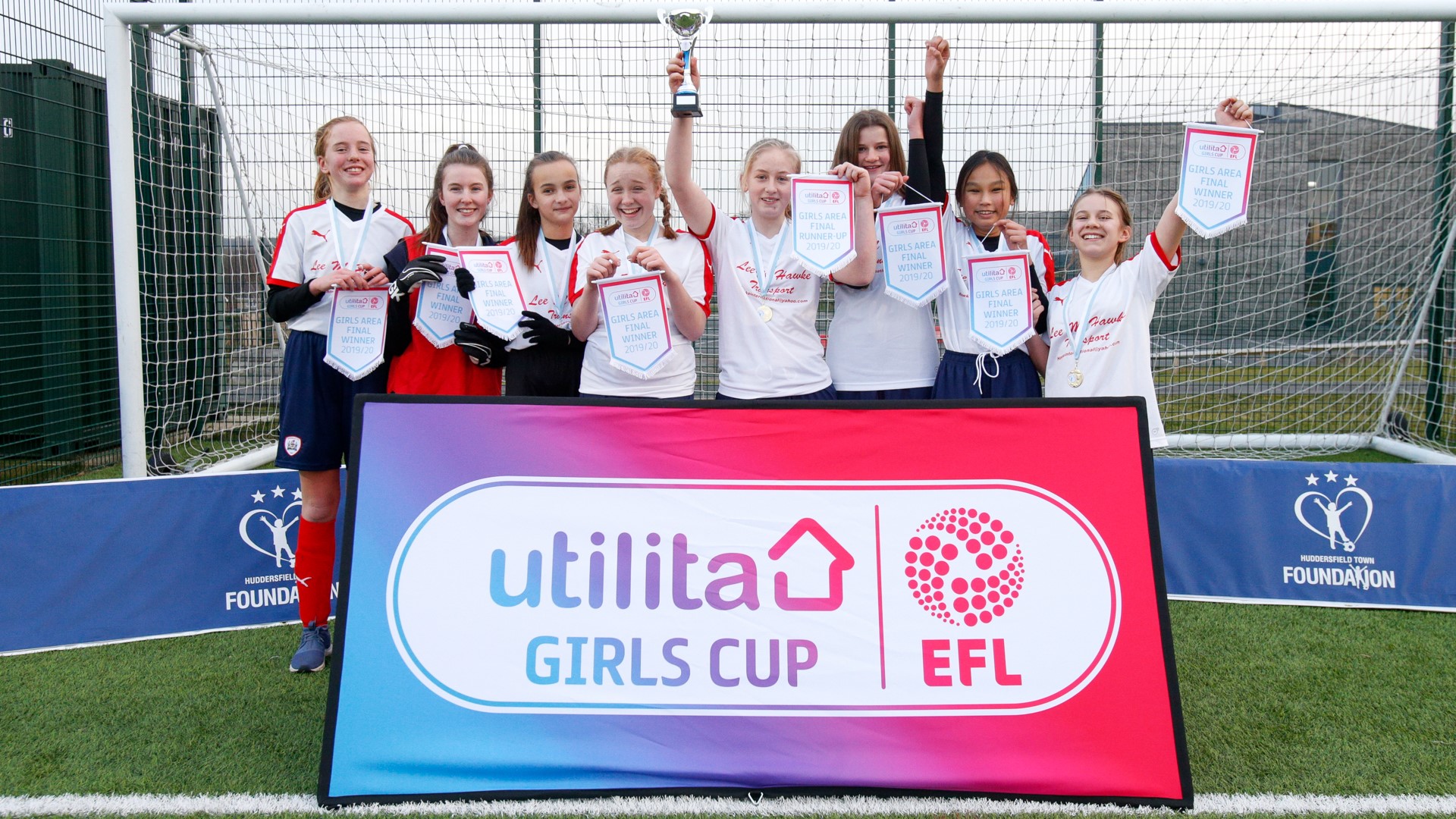 Each season, the EFL Trust organise the Utilita Girls Cup in which over 6,000 junior footballers from across the country are given the chance to participate.

The tournament is a prestigious six-a-side competition for under-13 girls, with the grand final taking place prior to the EFL Trophy Final at Wembley Stadium in April 2020.

This year, the Town Foundation hosted the area finals on Wednesday 8 January using facilities at local partner school, Moor End Academy. After a challenging knock-out stage, it was Barnsley FC that finally pulled to victory.

An impressive number of teams from the North West, North East and Yorkshire took part including:

Barnsley will now progress to the Regional Finals of the North to be held at Preston North End.

â€œItâ€™s been a great experience for Huddersfield to host the area finals of the Utilita Girls Cup, with so many young women in attendance.

“By playing against teams from other areas, the girls are able to measure their own skills and abilities as well as having lots of fun.

“Competitions such as this really help to highlight the growth in girls and womens football. We wish Barnsley the best of luck in the next round.â€

The competitionâ€™s title partner, Utilita are one of the UKâ€™s fastest-growing energy suppliers and a leader in the smart meter revolution â€“ installing Britainâ€™s first ever smart meter back in 2008. 14 EFL clubs are currently partnered with Utilita, with sponsorship ranging from stadium naming rights to junior retail kits.

For further information about the Utilita Girls Cup or the Town Foundationâ€™s programme of female development, please contact Ruby Marlow at Ruby.marlow@htafcfoundation.com