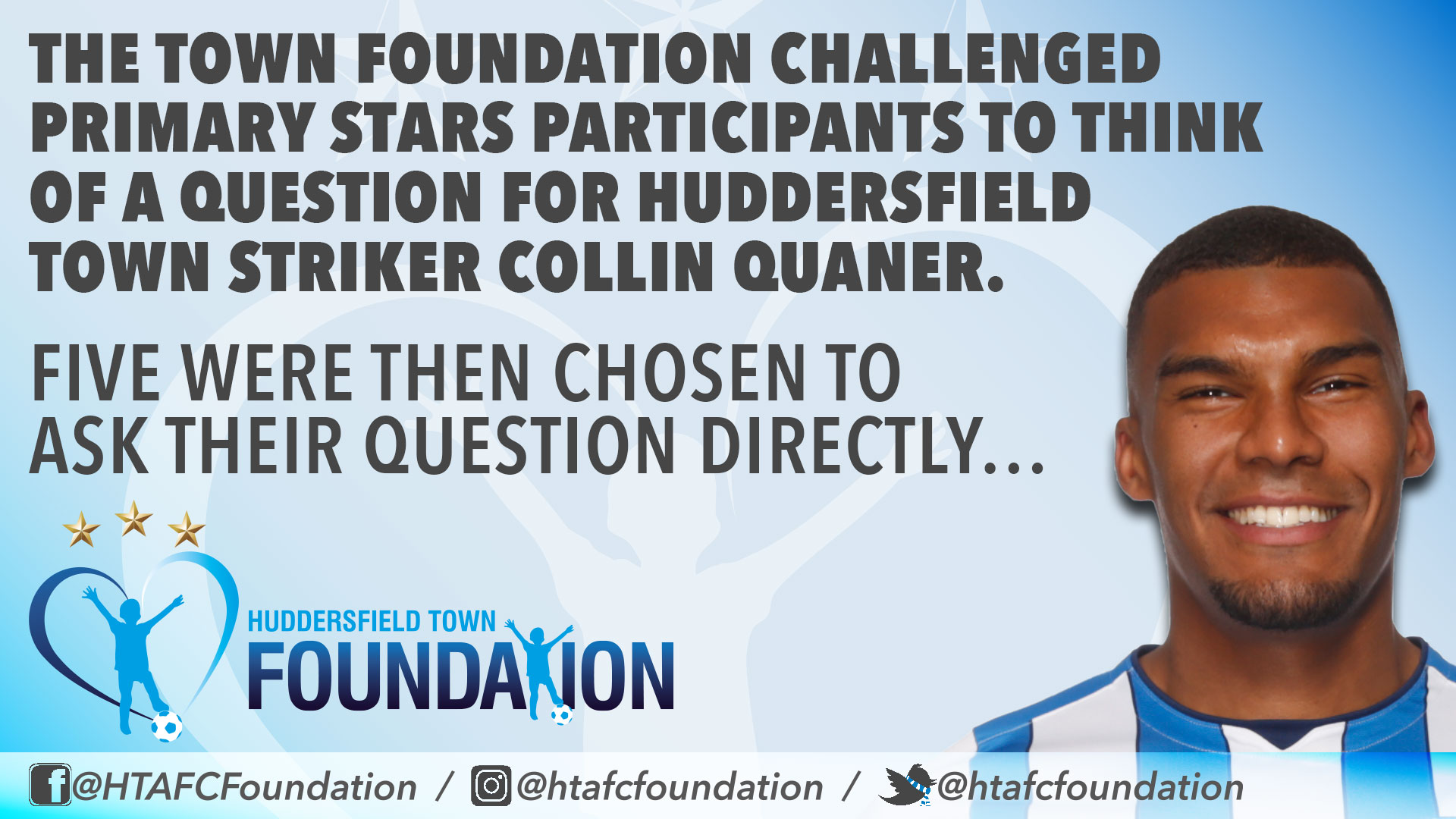 Posted at 15:41h in Education, Foundation News by Adam Tomlinson

The competition was launched in an effort to encourage young participants to research one of the players to help build upon their investigative journalism skills.

With the majority of children now spending much of their time at home, this was a fantastic opportunity to bring something different to their day, whilst having fun at the same time.

The same can be said for Collin, who joined the call after completing his individual training programme on Tuesday morning.

The Town Foundation launched the competition for children to send in their questions with the help of a parent or guardian via social media, with Collinâ€™s love of cooking being a potential line of questioning.

After considering the many thoughtful entries, Primary Stars Manager, Ruby Marlow delivered the good news to Joel, Harrison, Anna (with the help of Jamie), Bobby and Sienna that they had been selected.

Questions covered topics such as Collinâ€™s favourite pasta dish and the best player he has played for or against.

Supporters are invited to watch the video of the call to see his answers to those and other questions â€“ some may surprise you, some not so much!

A big thank you to Collin for taking the time out of his day to engage with the children, enforcing the message that we are â€˜One Club, One Communityâ€™.

The Town Foundation delivers bespoke Premier League Primary Stars sessions in schools in and around Kirklees, covering a range of subjects including English, Maths, PSHE and Physical Education.

Any teacher and/or parent can access free teaching materials, including exclusive videos, lesson plans and worksheets, via the Primary Stars website.

The Town Foundation are also accepting expressions of interest from schools that might be interested in accessing Primary Stars for the 2020/21 academic year.

For more information about the programme, contact Ruby Marlow on ruby.marlow@htafcfoundation.com or 07741671073.