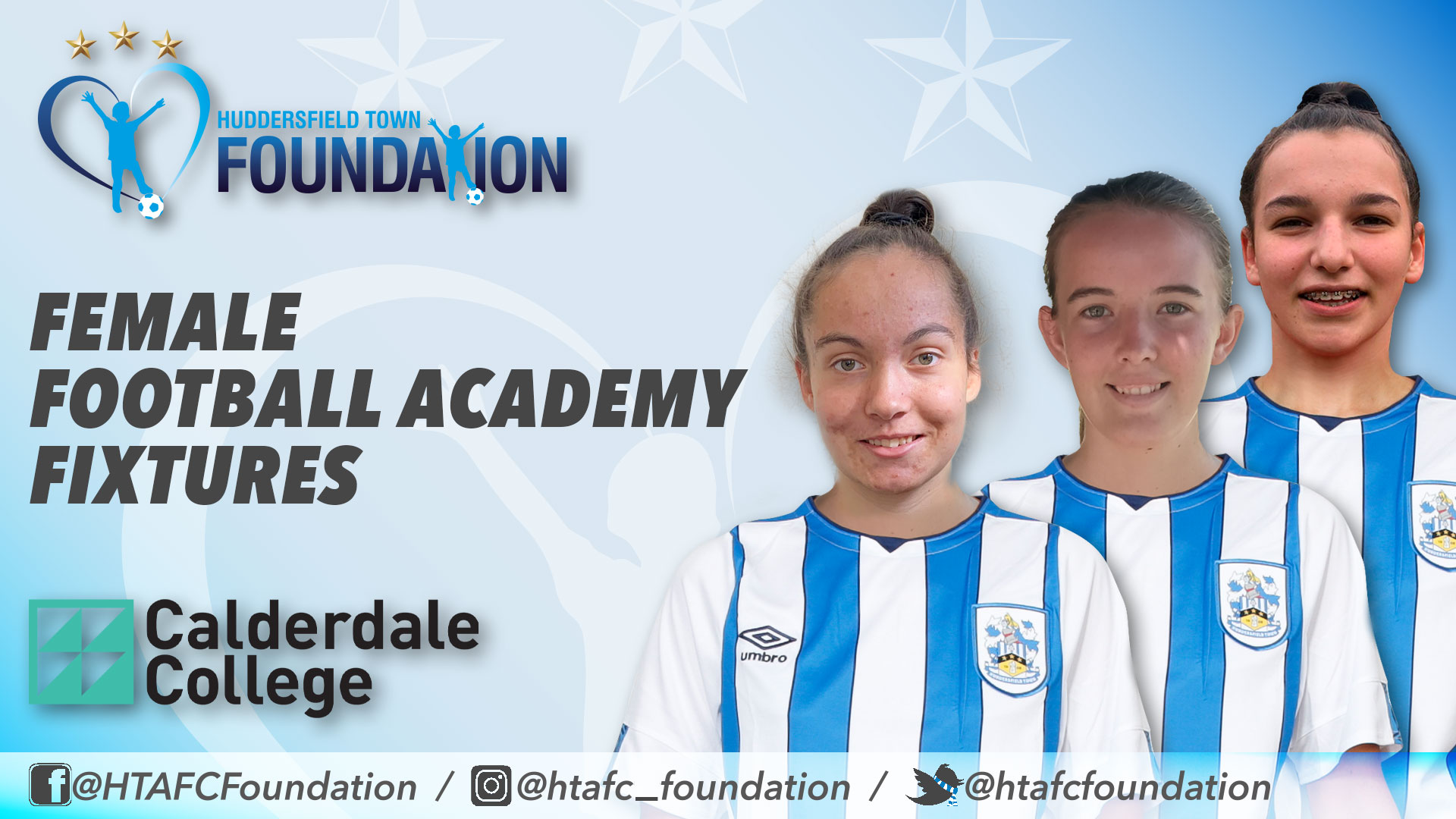 Posted at 16:13h in Education, Foundation News by Adam Tomlinson

Ran in partnership with Calderdale College, the dual education and sport programme will see the players represent Huddersfield Town in the nine-team strong league.

The Academy, which is aimed at 16-19-year-old females, has been drawn in the â€˜North Central Ladiesâ€™ division of the Community and Education Football Alliance (CEFA) leagues administered by the EFL.

As the Town Foundation continues to grow, the Female Football Academy is its latest project facilitating learning for local youngsters.

Students have the chance to study any course at Calderdale College, which has recently been named the number one college in West Yorkshire for student results.

Alongside this, they will spend six to eight hours per week training with the Town Foundationâ€™s FA and UEFA qualified coaches at the collegeâ€™s state of the art Inspire Centre.

Football sessions will of course look at improving them as individual and team players, in addition to elements of strength and conditioning and nutrition. 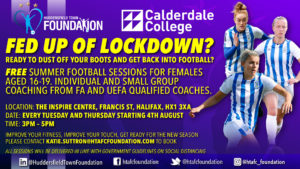 That training will prepare them for playing in CEFA league fixtures, wearing the Huddersfield Town kit against teams representing community organisations of other Premier League and EFL clubs.

As well as the Manchester City team, who are based at Connell College, the girls will take on teams representing Bradford City, Doncaster Rovers, Preston North End, Rotherham United, Sheffield United â€˜Aâ€™ & â€˜Bâ€™ and Sheffield Wednesday.

Ahead of the Academyâ€™s launch in September, the Town Foundation are running FREE football sessions for 16-19 year old girls at the Inspire Centre, HX1 3XA.

These are taking place on Tuesday 1 September and Thursday 3 September from 3-5pm on both days.

To register for next weekâ€™s FREE sessions at the Inspire Centre, please contact Community Coach Ash Donovan on ashley.donovan@htafcfoundation.com or 07741 671 072.

There is also still time for inspiring footballers to enrol on the college programme! If you would like to do this or would like an informal chat about what it offers, please contact Katie Suttron on katie.suttron@htafcfoundation.com or 07947 564 331.