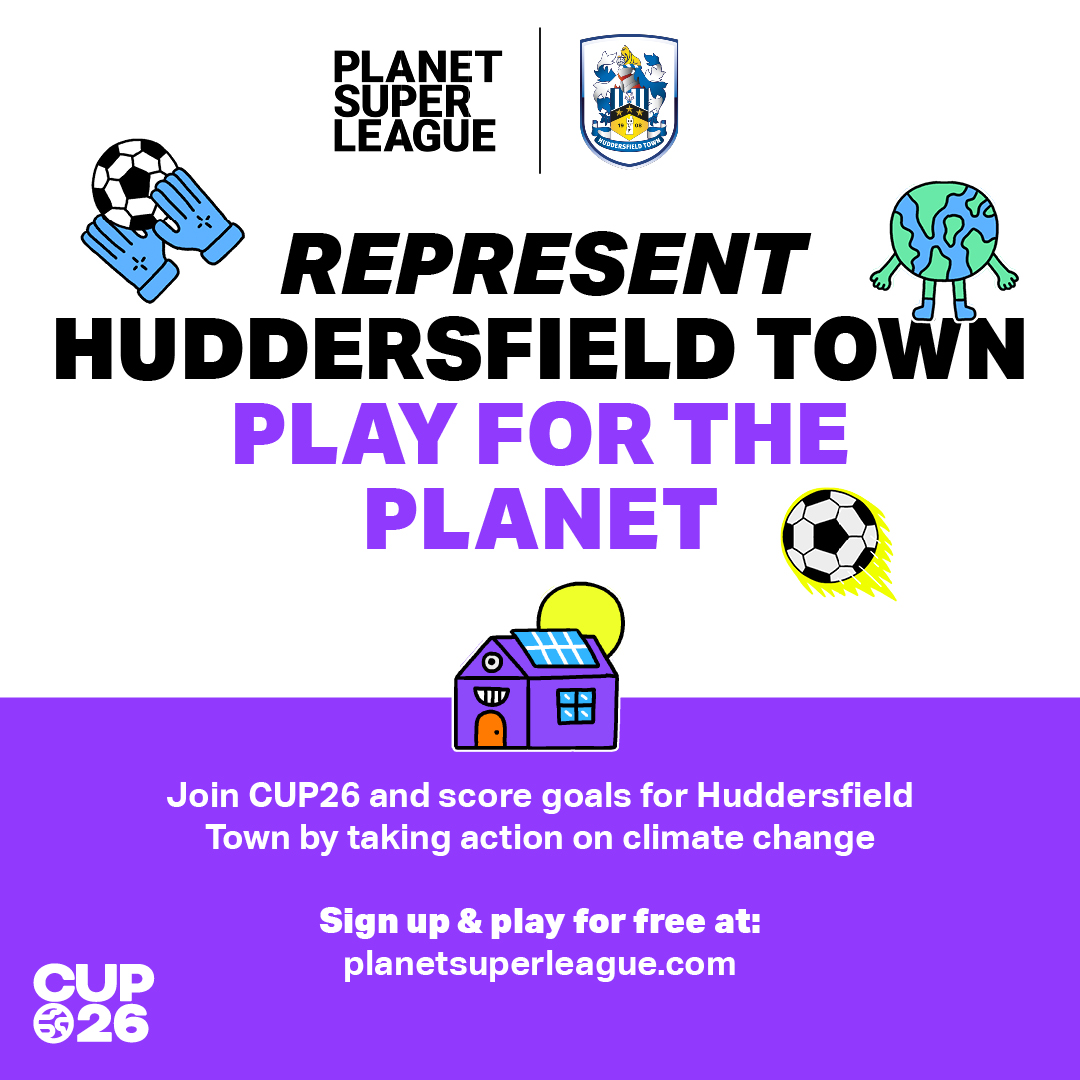 The Huddersfield Town Foundation has joined CUP26 – a tournament by Planet Super League with the support of Count Us In, encouraging football fans to take climate action.

Supporters can sign up for FREE at cup26.co.uk and score goals for Town by completing planet-protecting activities, of which there are more than 100 to choose from!

These include having a delicious plant-based meal, cycling and walking or having a screen-free evening.

The Town Foundation will compete in weekly fixtures against the other 48 football club community organisations taking part, with the aim of winning the Planet Super League trophy.

The tournament kicks off as the world builds up to COP26, a United Nations Climate Change Conference taking place in Glasgow in November.

CUP26 is supported by the UK Governmentâ€™s Together for Our Planet campaign, as well as media partner Sky.

Fans, schools and families can sign up for free on cup26.co.uk from today. The tournament kicks off on Monday 13 September. Our first fixture is against the Reading FC Community Trust.

On the programme Siobhan Atkinson, Chief Executive of the Town Foundation commented:

â€œWeâ€™re really excited to be taking part in the new Planet Super League season. Having used the scheme as part of our Premier League Primary Stars delivery last year, itâ€™s clear to see the benefits to both those taking part and the environment.

Please do consider taking part and representing Huddersfield Town â€“ weâ€™ll be sure to celebrate with you should we win the trophy!â€

â€œCUP26 is our largest tournament, with over half of professional football clubs in the UK taking part. Fans of all ages can represent their club, do their bit for the planet and help compete for the trophy. Weâ€™re delighted to be working alongside Count Us In and we look forward to sharing exciting moments and surprises as the season unfolds.â€