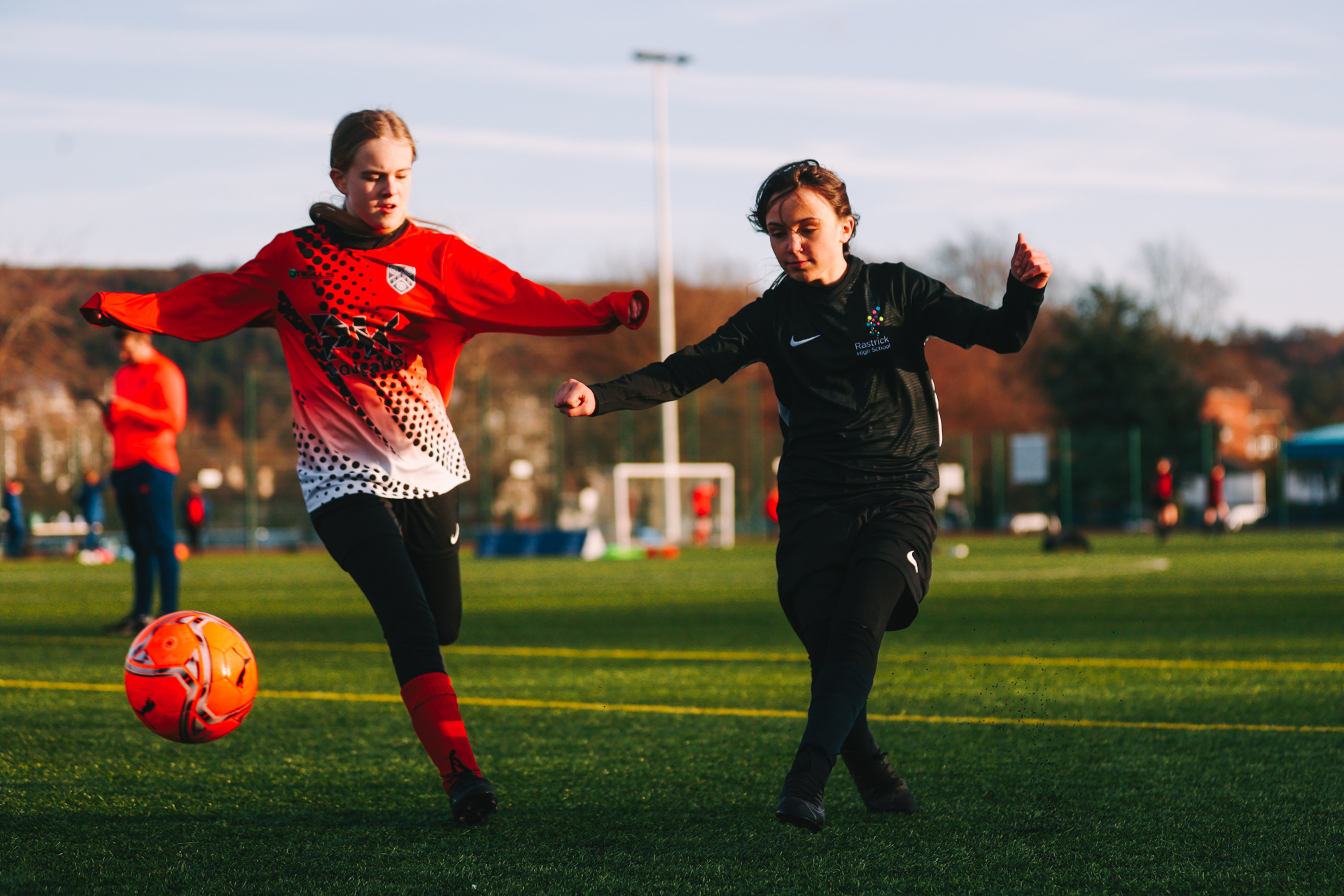 Posted at 08:00h in Foundation News, Sport by Adam Tomlinson

The Huddersfield Town Foundation recently hosted a football tournament as part of the Utilita Girls Cup, with students from Rastrick High School coming out on top!

The tournament is organised centrally by Utilita, who are an Official Supporter of the EFL and Principal Partner of Huddersfield Town and gives schoolsâ€™ under 13 girls teams the opportunity to compete against their peers.

Each EFL club organises a local competition for schools wishing to take part, with the winning school from every local competition then representing their club in the North or South Area Finals, in a bid to reach the Regional Finals.

The Town Foundation has been allocated to the area two final, which will take place at the home of Accrington Stanley Community Trust on Wednesday 12 January 2022.

The two teams who are victorious in the North and South Regional Finals proceed to play at the Grand Final ahead of the Papa Johnâ€™s Trophy final at Wembley Stadium in March.

They then beat Brooksbank School in the semi-finals before overcoming Manor Croft Academy in a closely fought final.

Impressively, the team from Brighouse went through the entire tournament without conceding a goal.

The Town Foundation would like to thank every school that took time out of their day to take part:

When asked how she found playing in the tournament, Tyler Battye commented:

â€œI support Huddersfield Town, so to take part in a tournament that was closely linked to the Foundation was excellent and a fantastic opportunity.â€

â€œThe tournament was excellent and engaging for girls of all abilities. It was also organised exceptionally well, with great members of staff from the Town Foundation and all schools involved.â€

The Town Foundation works with local Primary and Secondary Schools, delivering staff CPD for PE and targeted interventions/lessons on English, Maths and PSHE.

Should you work for a school and wish to find out more, please email help@htafcfoundation.com or call 01484 468205.