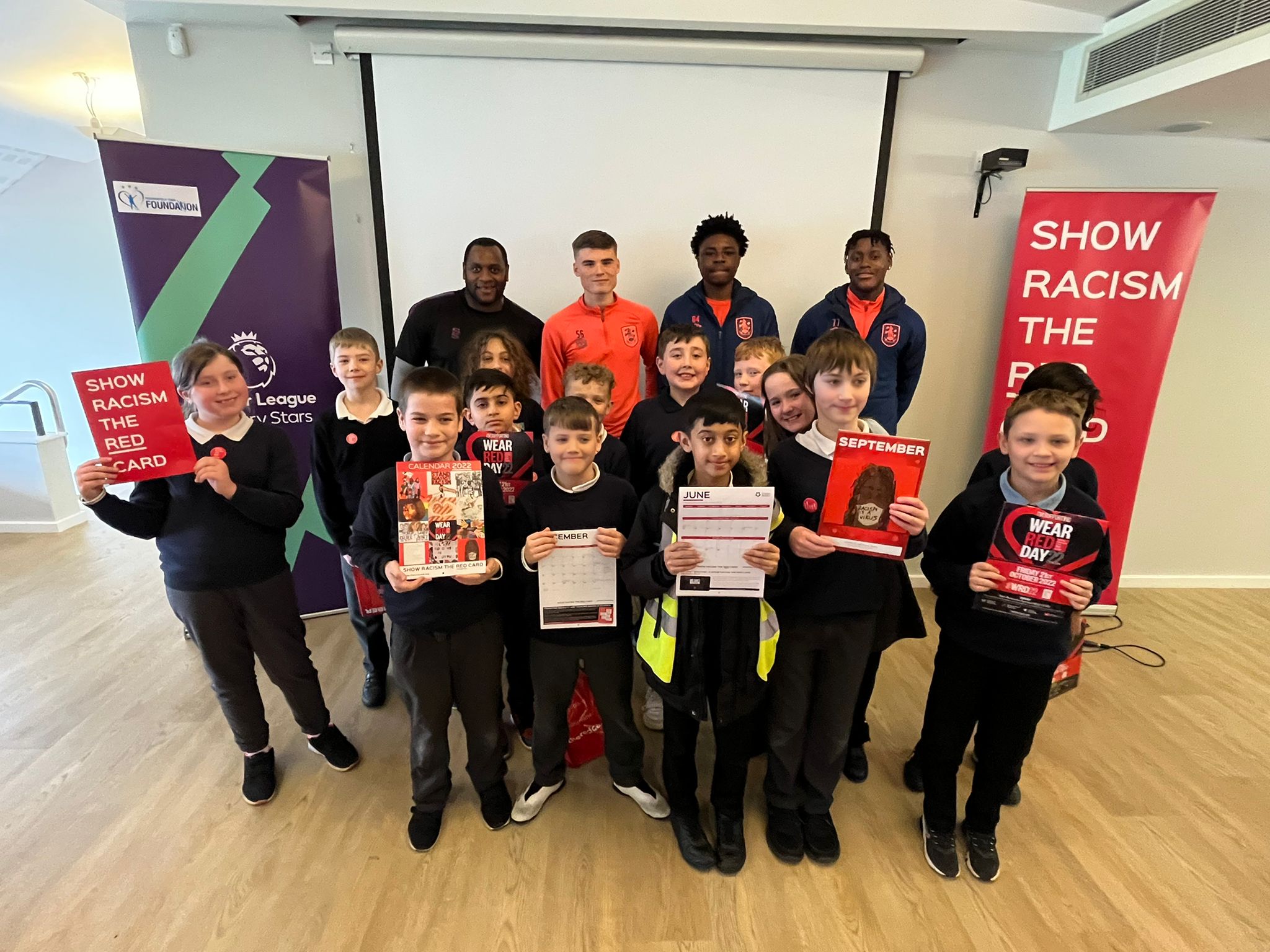 Posted at 12:20h in Education, Foundation News by Adam Tomlinson

This week, the Huddersfield Town Foundation teamed up with Show Racism the Red Card (SRTRC) to deliver an important education day for three of its Premier League Primary Stars partner schools!

The 72 children heard from a range of speakers before having the opportunity to put their questions to the special guests in attendance.

In the morning the schools took part in three activities: a tour of the John Smith’s Stadium, a hate crime workshop and a session on the aims of SRTRC.

The afternoon began with an educational film featuring some of football’s most recognisable faces before the children had the chance to ask their questions in a ‘press conference’ session.

First team player Aaron Rowe also took questions via Zoom. After a period of time to sign autographs and take photos, it was time to head back to school. 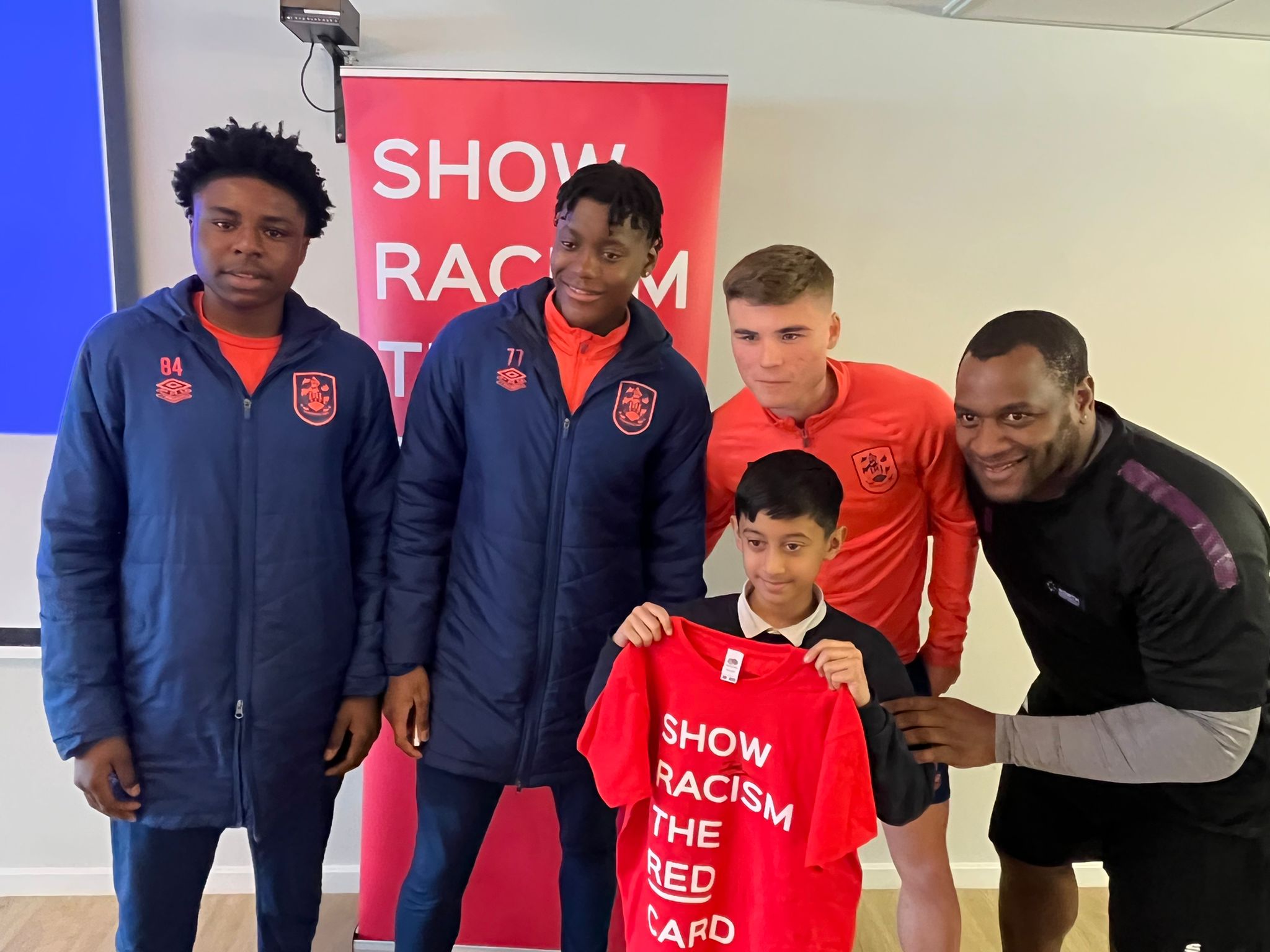 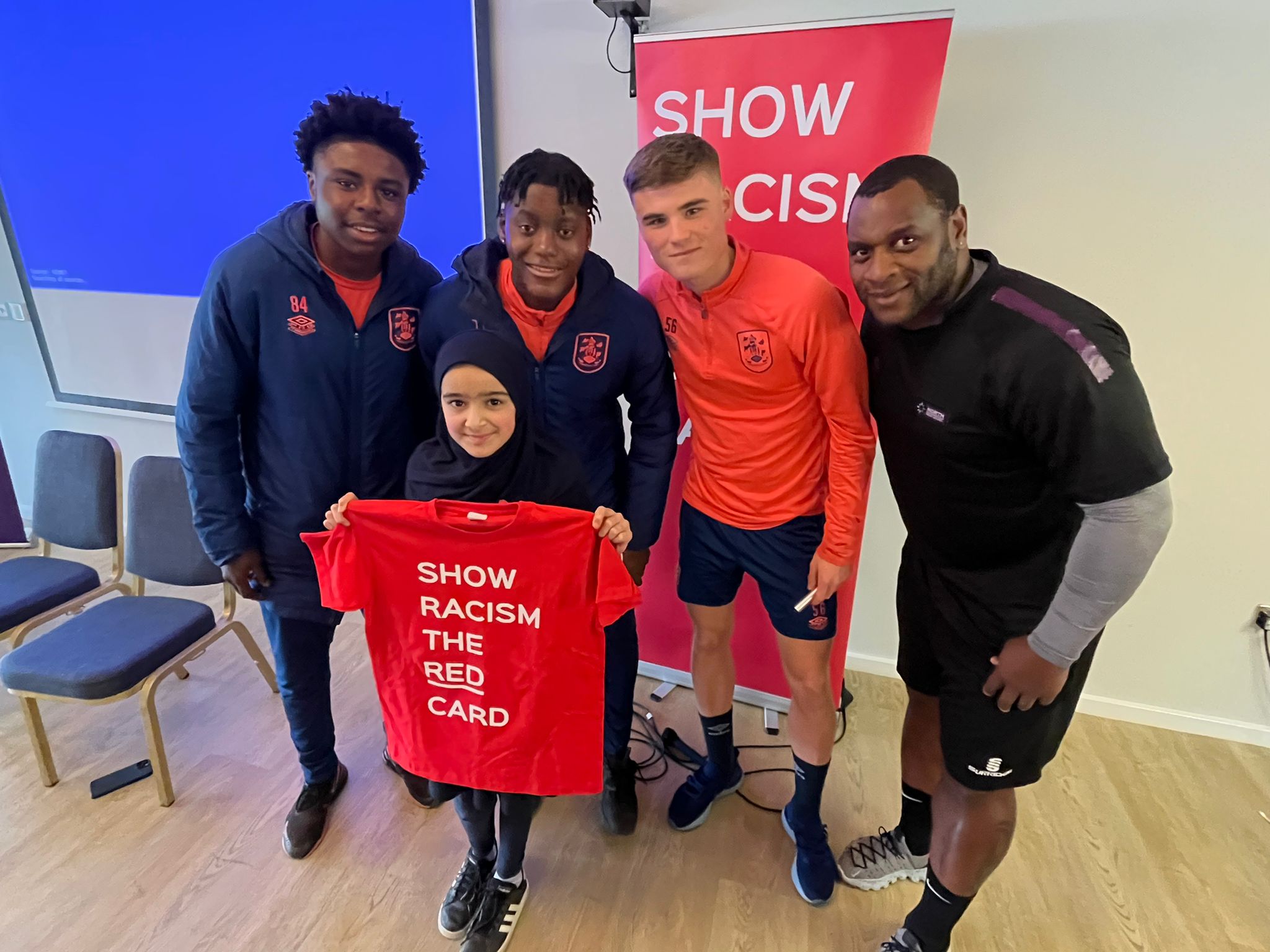 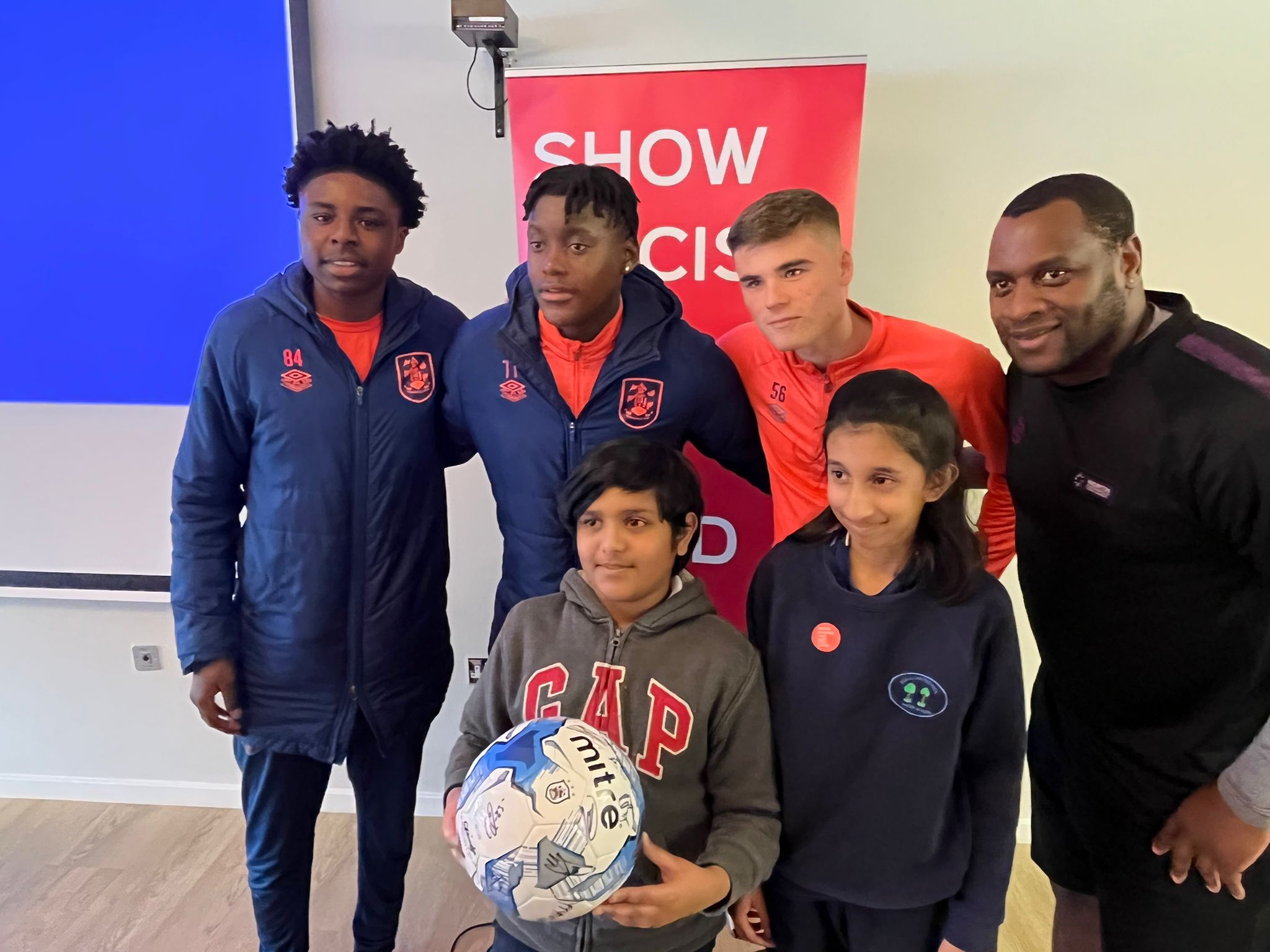 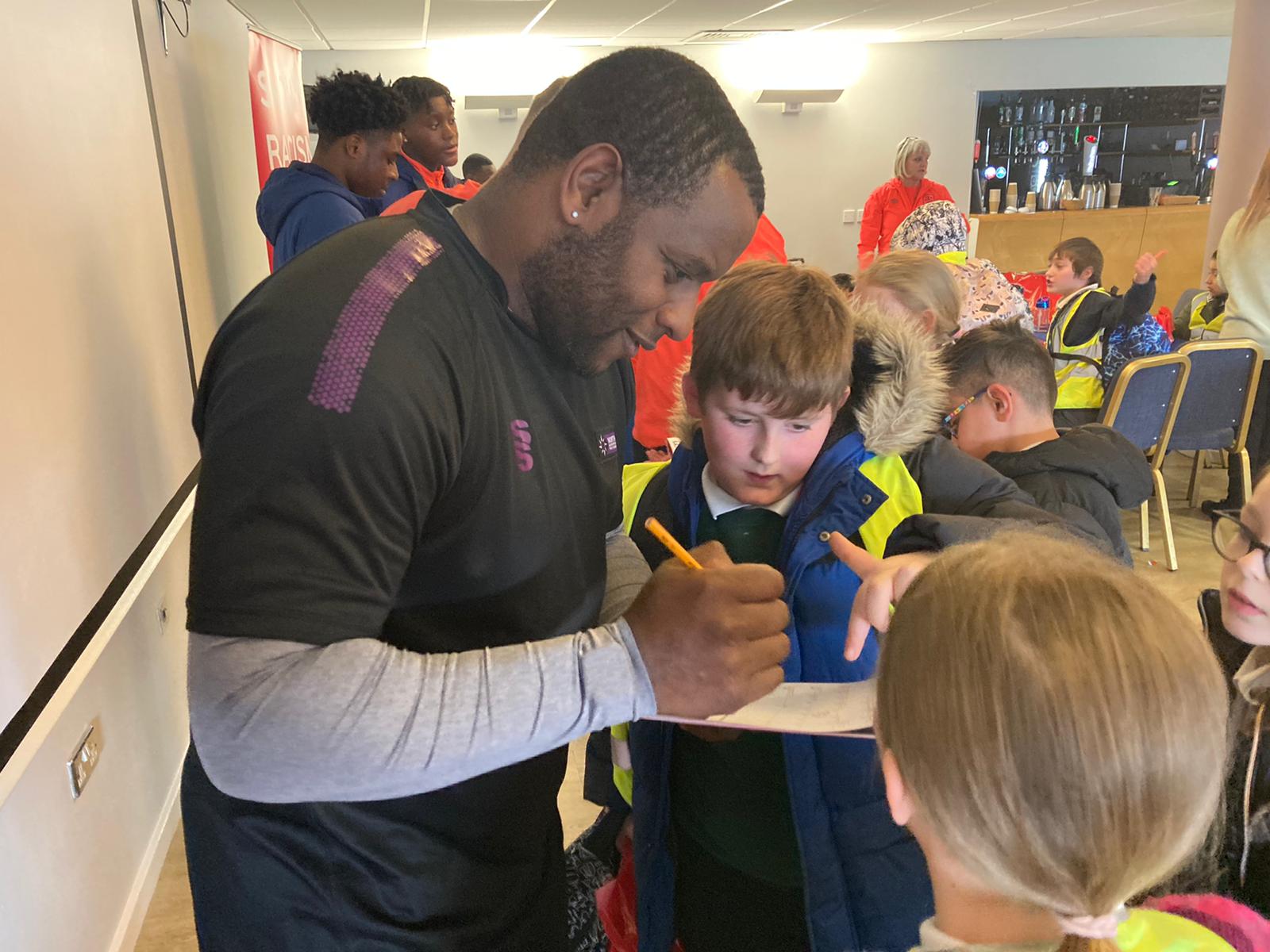 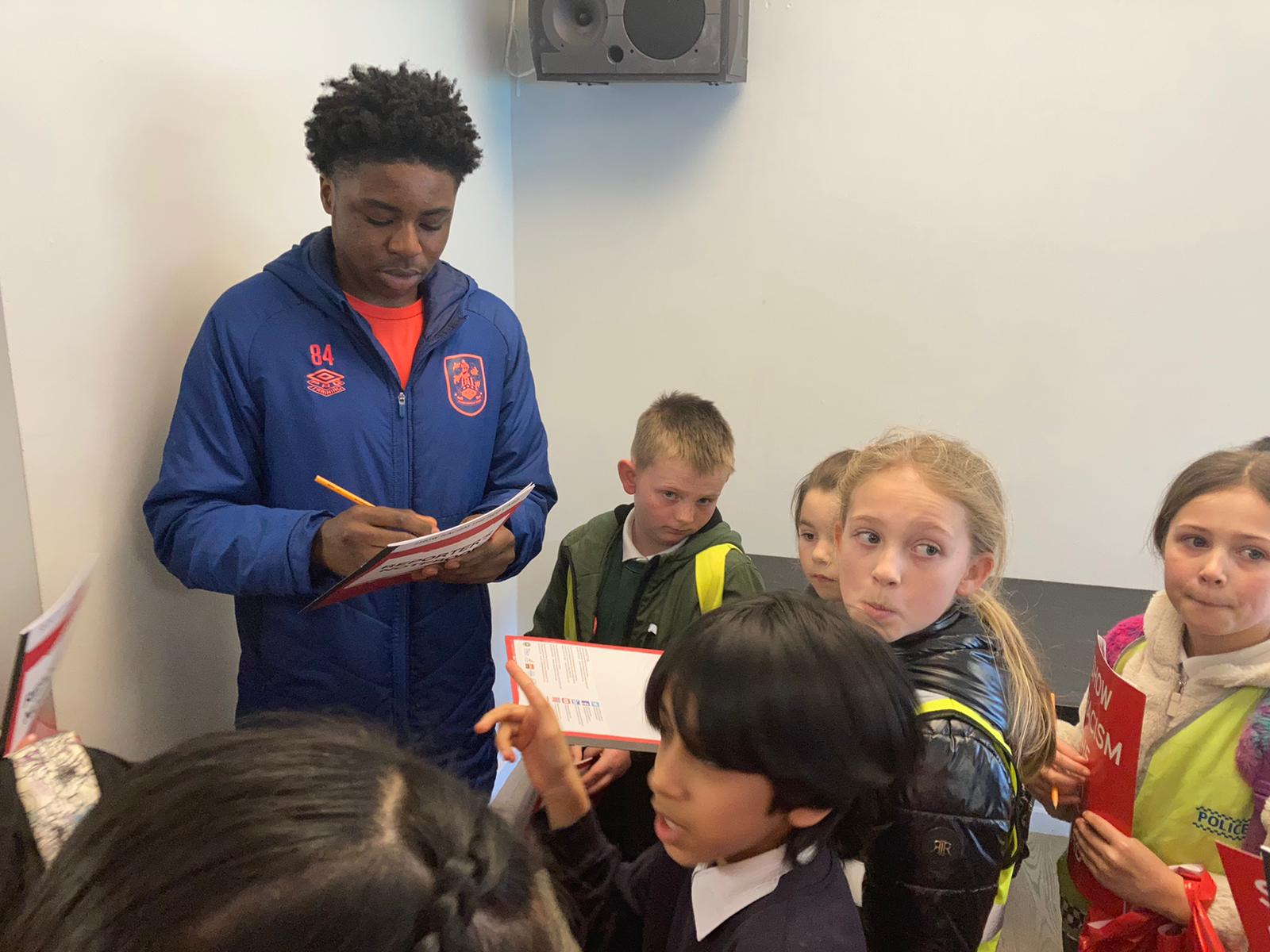 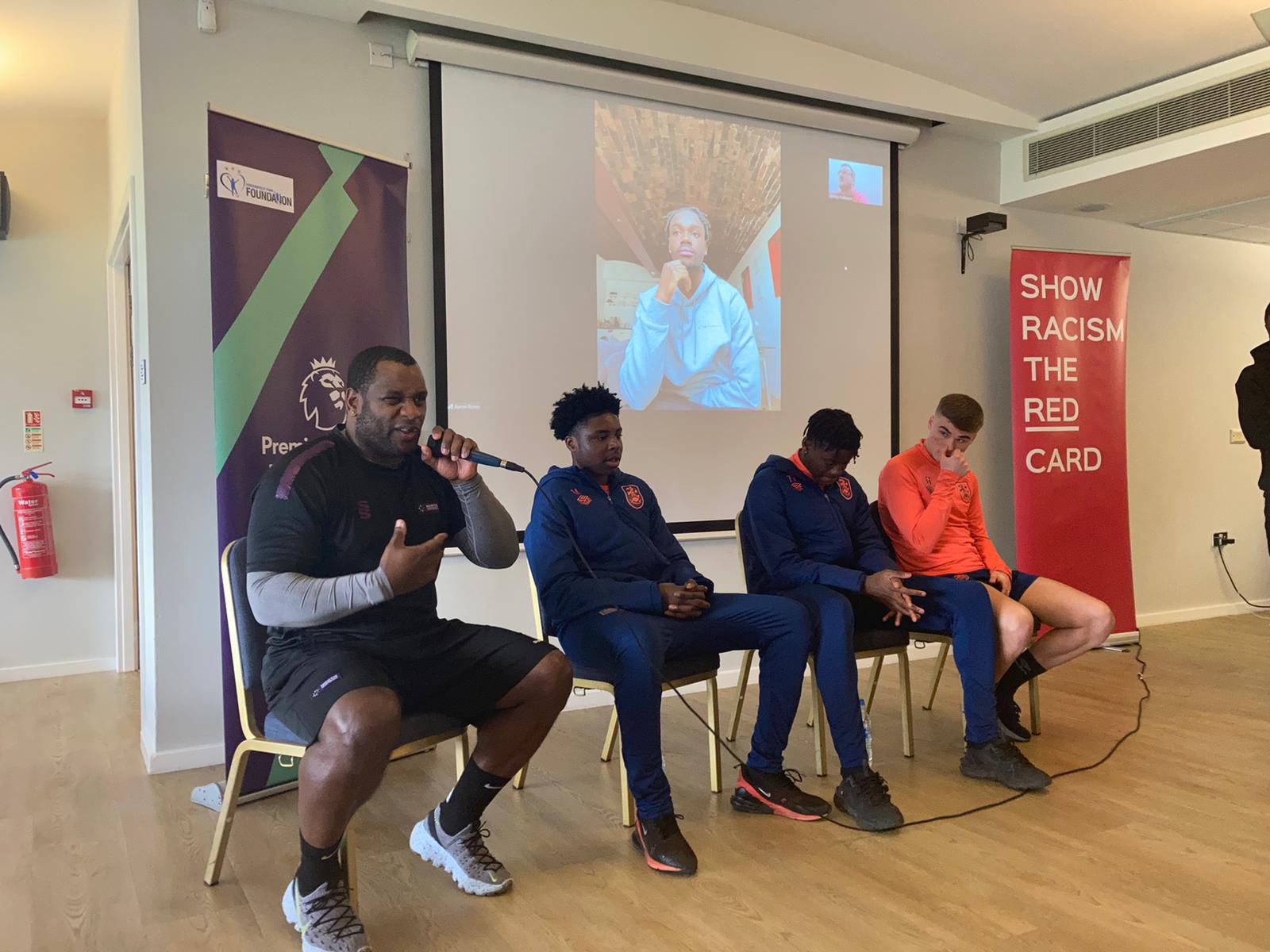 The Foundation would like to thank everybody that volunteered their time, making the event a success.

Seth Ejukwu, a Campaign Officer at Show Racism the Red Card who their sessions, said of the day:

“We want these young people to go home knowing what racism and hate crimes are, as well as having the knowledge on how to report them.”

“To have a mixture of ex-players, academy players who are the future and current first team players gave a diverse range of opinions on what racism is and how we can make our community more inclusive. It was a really well organised event.”

Day trips like this are a part of the Town Foundation’s Premier League Primary Stars programme.

Foundation staff can support your school in English, Maths and PE, whether that be with whole classes or on a more targeted basis.

If you would like more information ahead of the 2022/23 academic year, please contact programme manager Christina Cawtheray via christina.cawtheray@htafcfoundation.com or 01484 503773 in the first instance.