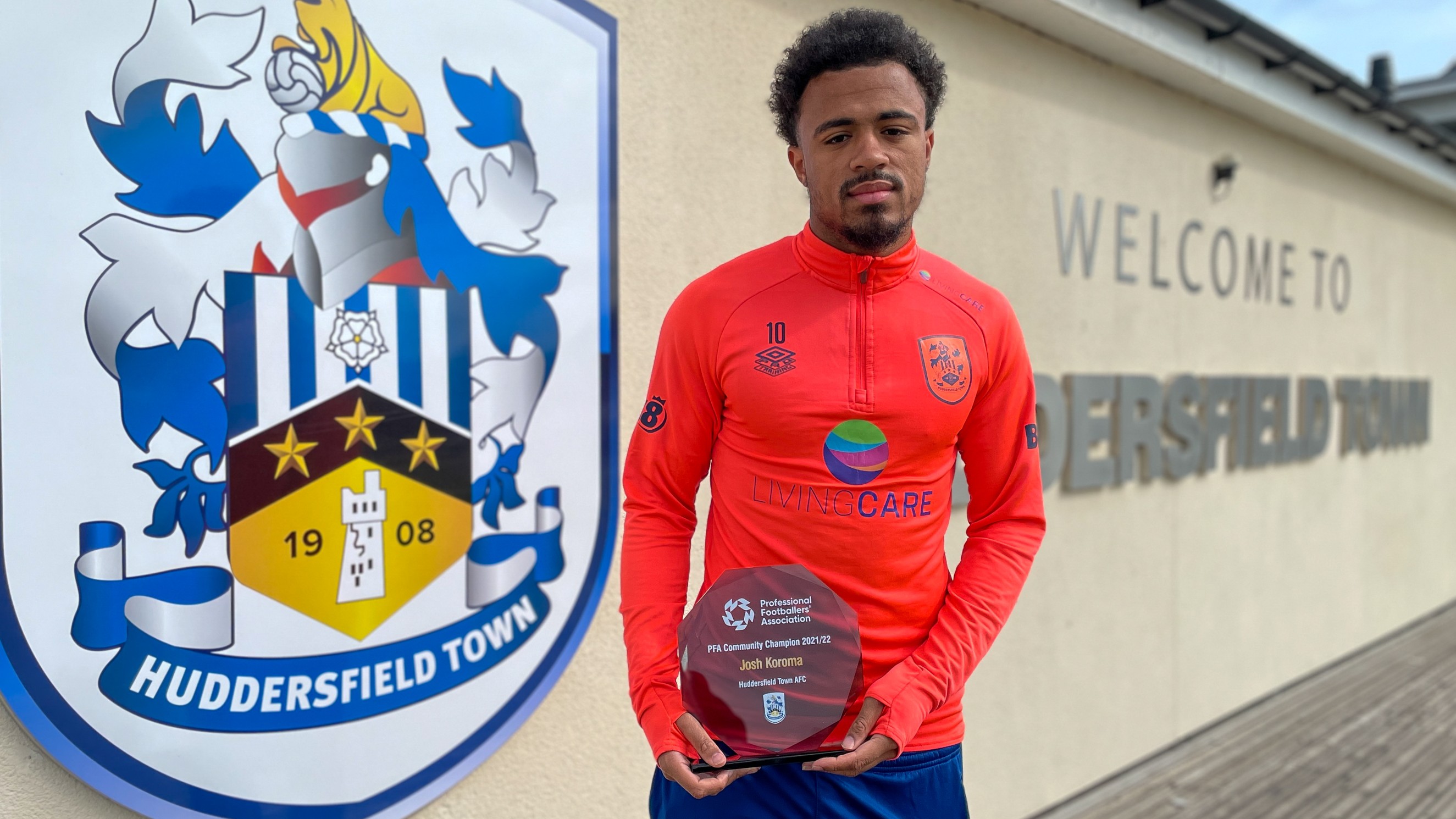 Posted at 12:12h in Foundation News by Adam Tomlinson

The award, which was presented to Harry Toffolo in 2020/21, recognises the impact made by the player in their local community.

The 23-year-old was nominated by the Town Foundation to receive the PFA award for his contribution to its charitable delivery.

He has given up time to speak to half term football camp participants virtually on multiple occasions, answering questions about his career and  helping to inspire the next generation.

In addition, he has been an advocate for the Premier League Kicks programme, which he took part in himself as a teenager with the Millwall Community Trust.

You can watch an interview with Koroma from October below, in which he explained the impact the programme had on him growing up.

On receiving the award, he said:

“It means a lot to me to win the award.

“Doing work in the community is very important. When I was in London, I played football all around the community and took part in community workshops and it worked out for me, so I know what a massive help it can be to younger kids and the younger generation.

“We need to stick together and keep things like that open to provide for the younger generation.”

“Being able to meet and interact with Town’s playing squads and staff makes a huge impact on our participants and shows just how prominent the feeling of community at the Club is.

“I’d like to personally thank Josh for giving up his time to help us this season, it truly is greatly appreciated by all at the Foundation.”

If you would like to know more about any of the Town Foundation’s programmes detailed above, please email help@htafcfoundation.com or call 01484 503773 in the first instance.