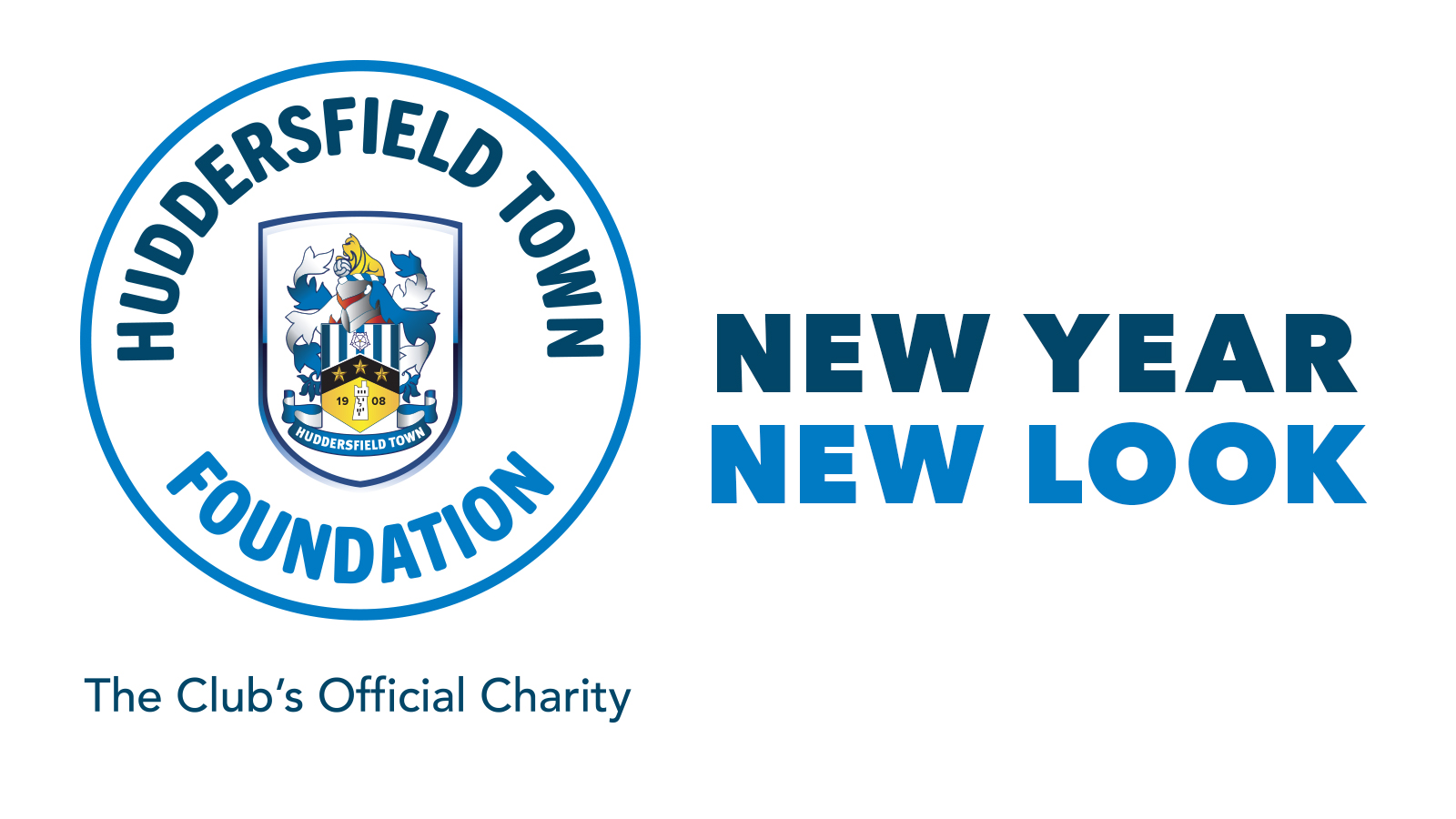 Posted at 12:00h in Foundation News by Adam Tomlinson

Eagle-eyed supporters may have noticed the new branding on some of the Foundationâ€™s designs in the last six weeks, starting with Novemberâ€™s Fizz Friday Ladies Lunch materials.

From the end of the first week of 2022, which is the Town Foundationâ€™s 10th anniversary year, the new logo will now replace the heart-shaped icon on all materials.

There are several key reasons as to why the time was right to make this change.

First and foremost, the Foundation wanted to be more recognisable as the official charity of Huddersfield Town.

Without the wording, the only resemblance of the heart-shaped logo to the club was the use of the three gold stars. These notably represented the Clubâ€™s three consecutive first division title wins.

Now, the new logo features the club crest which visually strengthens the Foundationâ€™s affiliation to HTAFC.

The previous heart icon, which had been in place since the charityâ€™s launch in 2012, also featured the outline of a child, which represented the Foundationâ€™s then primary work around the Breakfast Club programme.

The Foundation currently works with people of all ages; including primary and secondary schools, 16-18 year olds via its college programme, young adults on Mental Health Football and adults aged 50+ on Sporting Memories and Walking Football.

Therefore, the charity felt that the child was no longer representative of the full breadth of its work across the Kirklees community.

At the end of January 2022, the Foundation will launch its new strategy for the next three to five years. In light of this and its 10 year anniversary, the new logo feels a fitting marker of the charityâ€™s evolution.

The new logo was agreed upon following a research project examining logos used by other club charities and in consultation with HTAFC.

CLICK HERE if you would like to find more information on three key events that are coming up: Wear Blue Day, the Big Sleep Out and the Great North Run.

For more information on any of the Town Foundationâ€™s initiatives, please email help@htafcfoundation.com or call 01484 503773.